But don't worry, the comics that have "Season 10" written will be canon with the series.

Posted 2 months ago Report
Edited 2 months ago
Link Quote Reply
blizzard64
I have a theory that Celestia only retired only because she felt she was corrupting. After she saw Daybreaker (although it was not real), she was meditating and observed the darkness inside (in the style of Dragon ball with kamisama), she told Luna and she felt the same. So they decided to retire both and leave the crown to Twilight who was the most worthy and they did not say anything to not worry her.
Posted 2 months ago Report
Link Quote Reply

@DTavs.exe
You got that right.

It's just so sad,we just see her only 1 episode, too much wasted potential

Moon is still better though. 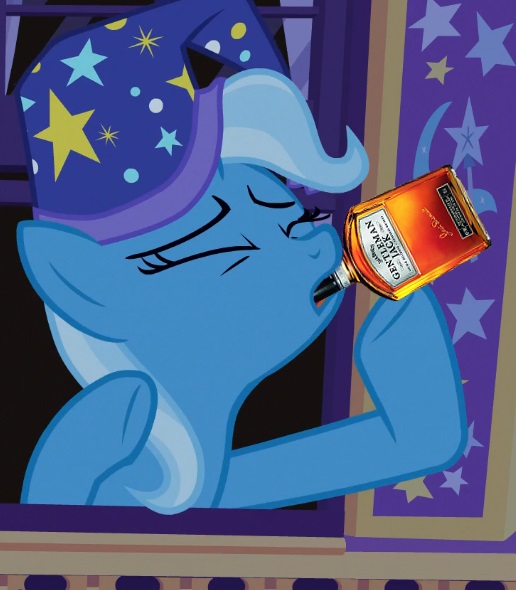 Daneasaur
@Keith Mowz
The official rule of the comics:
"It's canon until it contradicts with something in the show, then the show wins."

The Fluffiest
If the comics are canon… who gives a shit? They already said that the comics will not change anything in the show; They are 100% supplementary canon. The show has plenty of stuff you can nitpick for continuity issues as it is without trying to insist the super inconsistent IDW stuff is somehow all in continuity with the show.
Posted 3 years ago Report
Link Quote Reply
Ryodraco
@Background Pony #0A25
Mind relating when Word of God stated the comics are canon to the animated series and in what context? Last I heard those involved in the series didn't rely on the comics and vice versa in regards to where they decided to take or make a given story, though that was some years ago and my memory of it is foggy.

Also, I'd call having a whole society of dragons in the comics that don't exist in the series as a bit bigger than a simple continuity error, and indeed larger than the errors you cited (some of which can be explained, though I am not certain of all the errors you think are in those episodes).

As for everything else, we've said our pieces, and in the absence of more information I can't argue my position further. I am curious though just how many adhere to your idea that the comics are canon, as my impression until now has been that a lot of people don't think they are.

@Background Pony #0A25
My apologies for not referencing them, but I'd hardly call things like the comic's take on dragons a minor inconvenience. The series repeatedly stated ponies know very little about dragons, then along came a story in the comics where we have a whole society of them living in one of Equestria's major cities. I recall a lot of controversy occurred during this as fans debated whether such a thing existed in the animated series. Then came the episode that introduced the dragon lands and confirmed again that in the series dragons normally have nothing to do with ponies and ponies knew little about them.

That's what's called a series continuity error. And the only significant example in an expanded universe. One that shouldn't be used as an argument for anything regarding a series whose cartoon has its own share of continuity errors. (Hello there, Tanks for the Memories, Luna Eclipsed, Family Appreciation Day.)

Then we have stories like Discord going on an adventure with the CMC and befriending them, only for us to later find in the "Make New Friends but Keep Discord" episode that the CMC do not like him.

That's because the comics, for the most part, are written so that the order that they happen is up to the reader. Same with the EQG films and the chapter books. And in case you haven't noticed, the series has a habit of using Bellisario's Maxim.

I also recall there being a comic where Luna and Celestia switched jobs, which if it happened in the animated series would make the "A Royal Problem" episode's premise impossible.

Not necessarily. Since such an event can happen more than once.

I don't read the comics much so others can probably list the contradictions easier, and such people's comments have convinced me over time to regard the comics as a separate canon whenever they contradict the series.

Even though Word of God has repeatedly stated that the comics are canon, even though we have stuff like this?
This image is blocked by your current filter - click here to display it anyway

Because it was a reveal that took place in the comics, which many have not read, and has yet to have any effect on anything in the animated series.

Which doesn't mean​ that it's not canon.

I didn't forget the words so much as can't find any signs they have any bearing on the animated series' version of Nightmare Moon.

What about that picture I showed you earlier, with the black mist engulfing Luna? That same black mist is seen coming off of Nightmare Moon's remains. Plus, again, there's Lauren Faust's comments about Nightmare Moon.

Also, my whole point about how the series has presented evil transformations is that they can occur unintentionally, with negative traits in a given character proceeding to basically run out of control and drive them mad.

They also occur under conditions involving a specific catalyst. Sunset had the Element of Magic, Sci-Twi had a magic-draining pendant, and Luna and Rarity both had the same demon possessing them at different times.

And again, you're asking for something that already happened. Why should it matter that said reveal happened in the expanded universe?

and rather that the transformations are a inherent danger of having power as great as Luna's and Celestia's.

Ignoring once again what Lauren Faust said about Nightmare Moon.

Daneasaur
@Any Pony
Daybreaker is so much better than that pathetic asshat Helios anyway.
Posted 3 years ago Report
Link Quote Reply