Oh hi, Markdown. We are migrating the site to use Markdown. This is currently in beta testing phase. Click here to learn more.
Pony with care! Remember to tag images from or revealing story of the G5 movie with spoiler:my little pony: a new generation, and report any images of camrips/leaks for Rule 1!
70 103 103 0 5
Subscribe
Galleries
Featured in
Sign in to create a gallery
Related
View VS Download DS
Uploaded 1 years ago by ichiban iceychan 1517

Chrysalis having a picnic with her disguise. Did she do that Simulo Duplexis + Accelero combo Starlight found? She must have added a third spell to the cocktail, because just those two only give he illusion of being in two places at once. Still one brain controlling both ‘copies’.

Anyway, so Crackle Cosette. Interesting to see her stuffing her face enough to have chipmunk cheeks, while also doing that lower eyelid ‘eye smile’ the ponies do when they’re really happy. How else can I put it. She looks like a pony. As in she looks like a born and raised unicorn from Equestria.

Got some good pictures today. When should we do our next photo shoot?

Harshie83
Live from the hive

Having a nice picnic together. 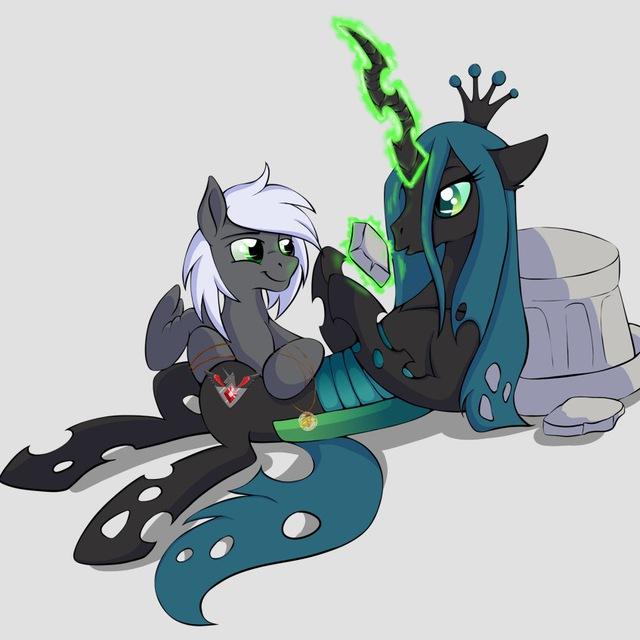