4 comments posted
Gemstone
Caramel had gone to his quiet cabin for his usual bout of solidarity to get away from the insanity that was the holiday season for a few hours. He managed to settle down for a nap only to awaken to the sensation of cold, hard metal wrapped around his neck. Shaking is head gave him the sound of rattling chains, causing him to open his eyes and see the source of the sound, a chain link that went straight for the collar clipped onto him.

Briefly panicking, Caramel's eyes dart around for an explanation, settling on the dark figure that stood nearby. He seemed familiar, the crimson horn sticking out of the stallion's messy black mane and his equally red eyes distinctly standing out as a pony Caramel had heard or seen before. The dark being smirks upon the realization that his captive had awaken, and quickly steps forward. Caramel stands to back away from the approaching pony, only to be halted by the chains of the slave collar he wore.

The dark being got right in front of the earth pony, red eyes gazing into teal. They hold like that for a few moments before the being slips around, suddenly moving behind the earth pony. Caramel looks back, bewildered and curious, only to jump in shock and surprise as he feels the familiar sensation of a warm, wet tongue brush up along his puckered hole beneath his tail.

That shock fades into a goofy grin of delight with a few coos of pleasure escaping as the other stallion repeatedly laps at that back entrance, enticing it to relax with each lick against it. Eventually satisfied with his work, the unicorn lifts his front half and drapes his weight over Caramel's back, letting him feel the tip of the stallion's arousal pressing against the teased tailhole.

The stallion pushes his hips forward, gradually building the pressure against that hole until it pops open and allows the thick black rod entrance with an excited gasp from the collard pony underneath. The stud gave his new plaything but a moment to adjust to the size before he put his hips into action, tugging back and thrusting forward to drive more and more of his shaft into the warm tightness of that soft hole.

A rhythm is maintained of the black stallion thrusting into his brown boytoy, the smacking sound of his hips hitting Caramel's backside growing as he put a little more effort into his movements. Caramel finds himself filling the cabin with his moans of pleasure. His eyes closed and mouth hanging open as he's treated to his secret fantasy of being someone's bottom, causing him to grow just as hard as the rod being pushed into him.

Eventually the dark stallion reaches his zenith, his hips suddenly going sporadic to slam his hips and malehood hard into his mate before he tenses up and squeezes Caramel against him, hilting every inch of his stallion shaft into that hole. The length throbs and pulsates with each squirt of hot seed erupting into the other stud's rear. Caramel cries out, his own malehood twitching and letting off some pre of his own as he's filled quite well, enough so that some of that warm cream leaks out and down over his sack and along his leg.

Sombra groans as his climax ends with him overfilling the brown stallion. The warmth of his afterglow settles in as he holds Caramel to him, nestling his snout into the dark brown hair with a satisfied grin that matched Caramel's own. 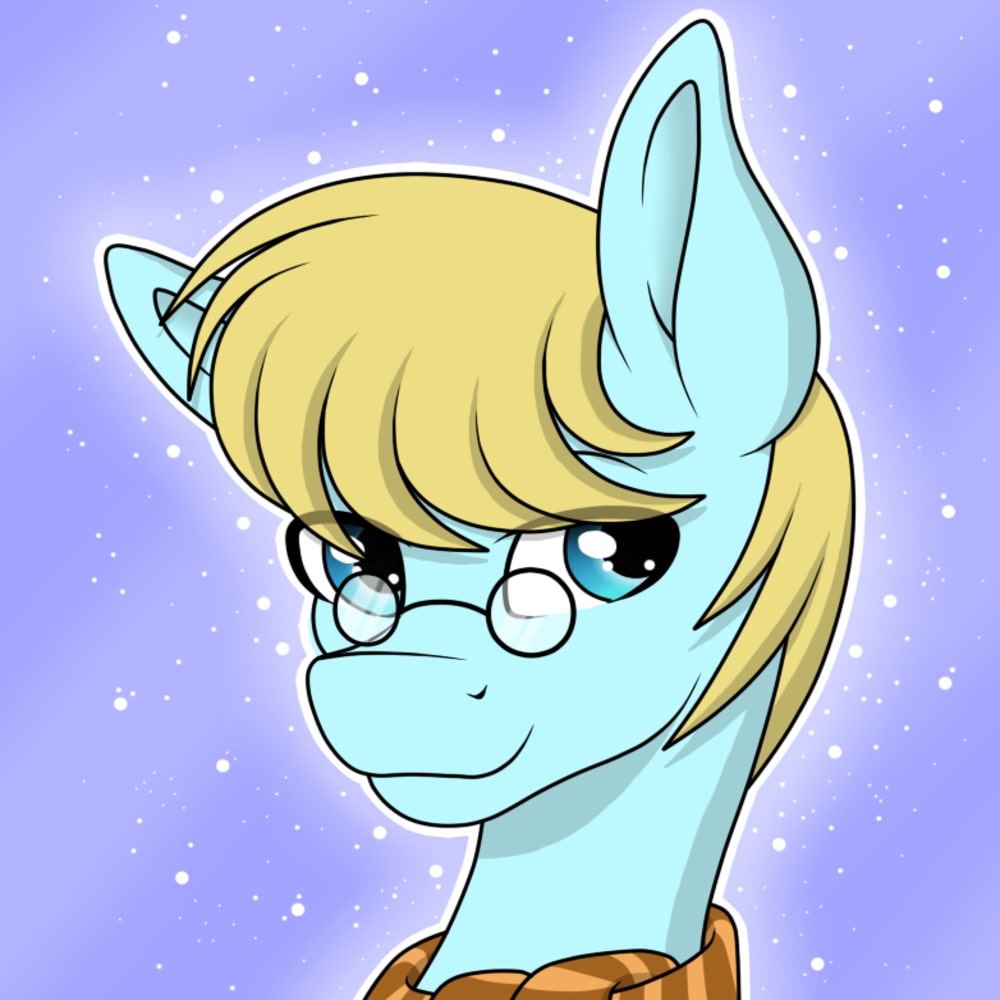