Thank you so much for comissions! 😁

29 comments posted
Danielmlib
@Spiral 晃晃
With debates over offspring being named cannon VS OC when of cannon characters starting a family had those wonder if luster dawn is named a cannon character after being born to the shipping of starlight glimmer and sunburst.
Posted about a month ago Report
Link Quote Reply 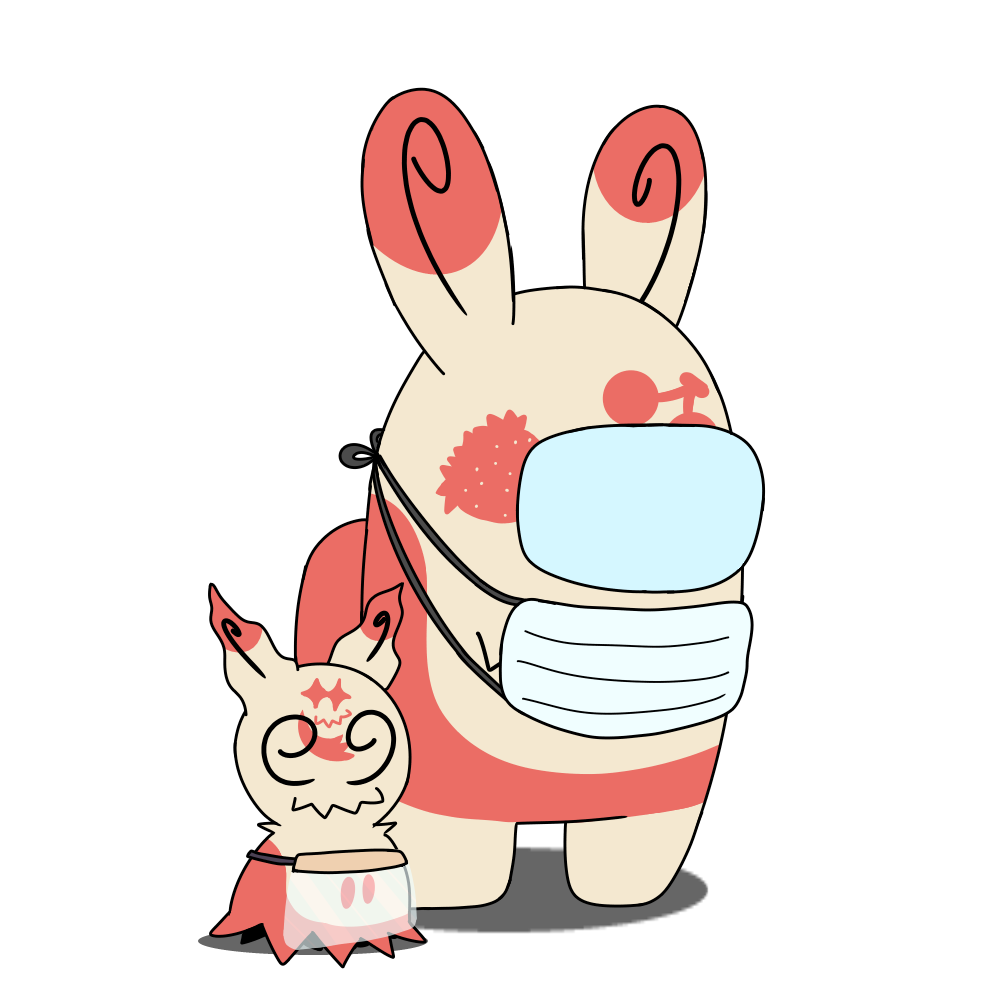 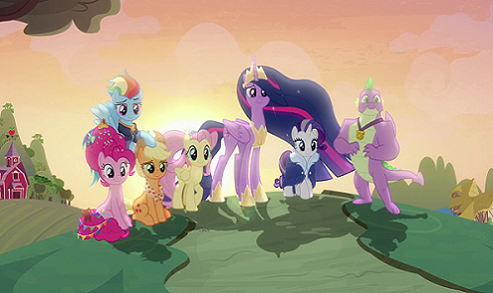 A random brony.
Luster can't be starlight and sunburst's daughter, it's not canon please give up your fantasy guys
Posted 1 years ago Report
Link Quote Reply

@Background Pony Number 17
Its also a symbolism of how the last generation passes on the torch to the next generation. Unfortunately you can't really express that story if 1/6th of your main characters are barren and childless.

I know its a meme that Starlight saved the show but viewed from the perspective that she got married to Sunburst, had a daughter named Luster Dawn and has a career as head mare of a friendship school, she literally saves the show by being an example to little girls that women can really do anything. Be it having a career, being a wife or being a mom.

@Markiz93
I think it's "fandom's choice" here. I vote yes; I was expecting Starlight and Sunburst to be married by the end of the series, and it's fitting that they should have a child that goes on to be Princess Twilight's pupil.
Posted 1 years ago Report
Link Quote Reply
Background Pony #CA33
@northern haste


Yes and maybe are not the same thing, case closed.

@northern haste
Its not what he said, its how he said it that should be noted.
Posted 1 years ago Report
Link Quote Reply

All I see are tweets of Jim Miller saying no, I haven’t seen a single tweet of Josh Harber saying yes. 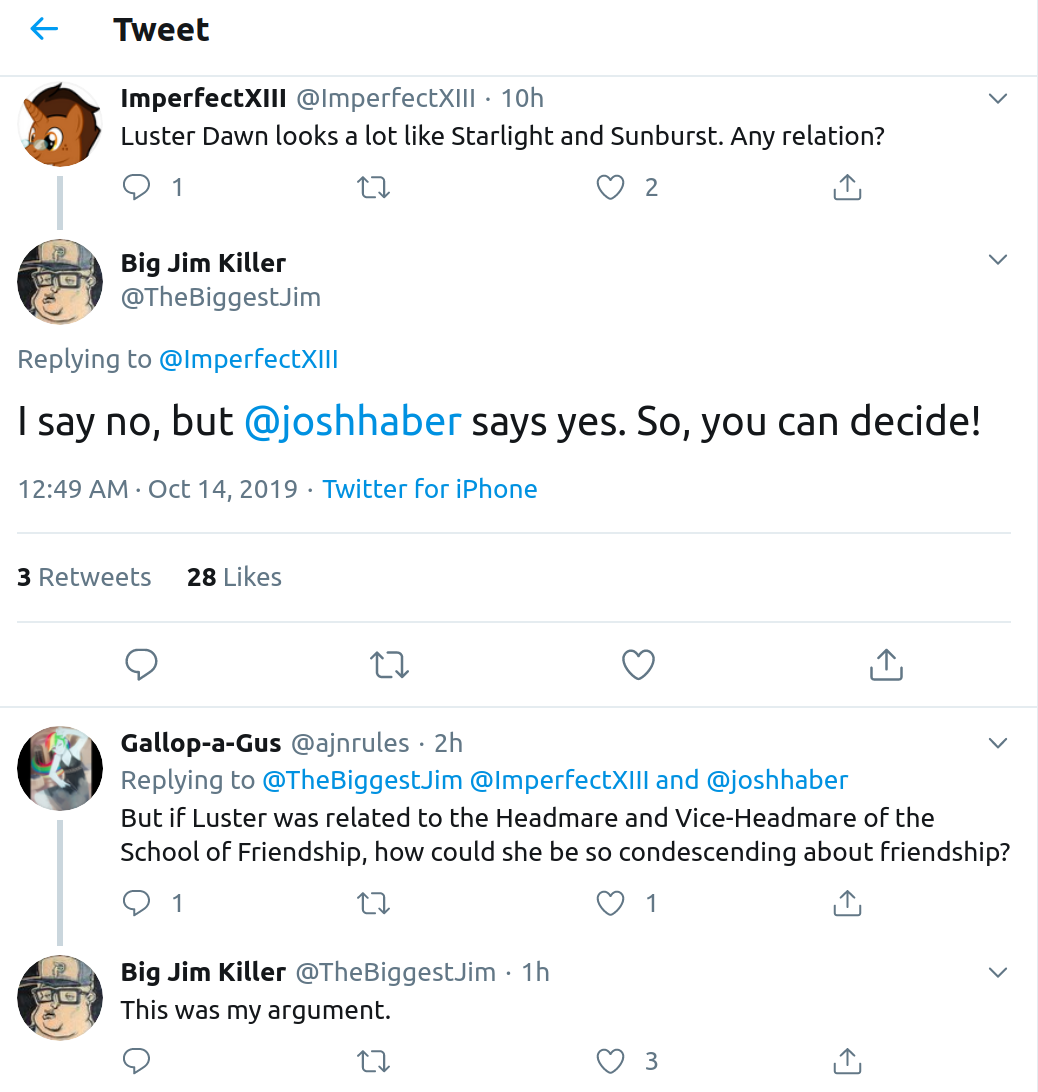 Did she say that before or after she left Hasbro?

Either way, they never said it in the show or movies, so it's not canon anyway. 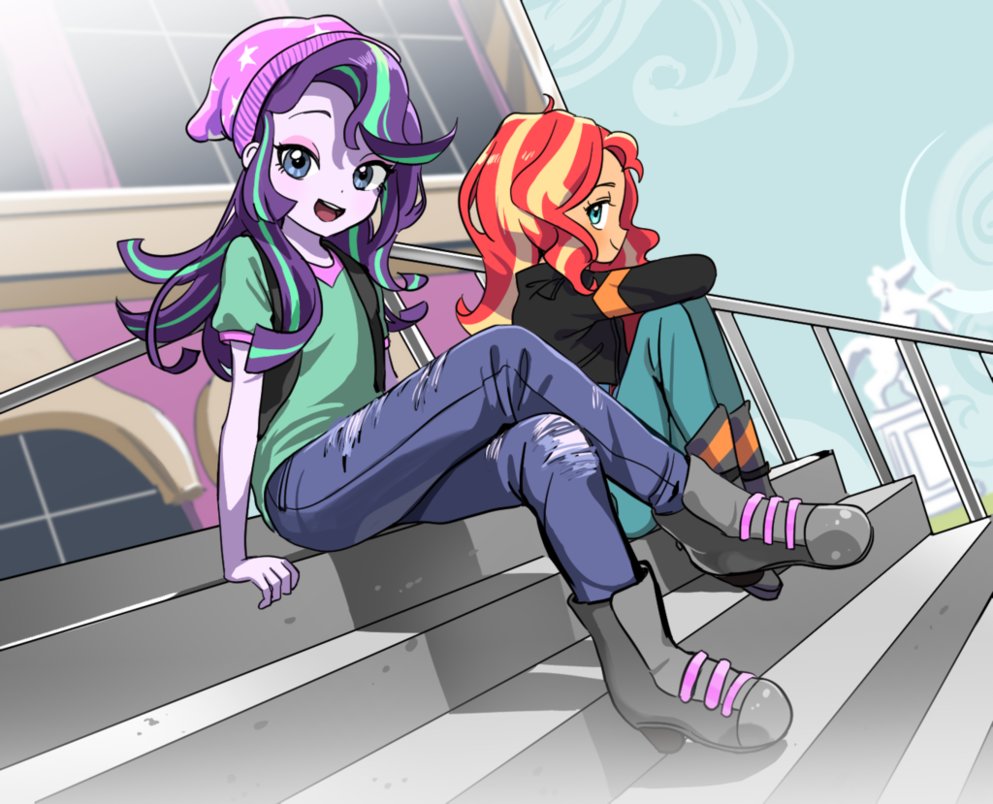 Who confirmed that? and don't say your mom did. 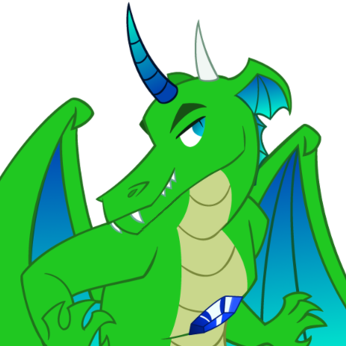