Sable Spirit: "I wasn't chosen to be Empress, you know: I took it! Just like I'm going to take everything else!"

I SUPPORT THE PEOPLE OF HONG KONG AGAINST THE TYRANNY OF CHINA!

Pubilq Phirm
@Brass Melody
I’m just glad that I haven’t seen anyone claim that the recent US protests were astroturfed by the Chinese to distract from HK.
Posted 7 months ago Report
Link Quote Reply

Gas Loving Banana Boy
@Selaphiel
Easy. Those on the ground were either detained and unpersoned or they were sent back home. Then some bribes were sent abroad and suddenly everybody goes silent again and forgets that HK was supposed to have a few more decades of amnesty from China.
Posted 7 months ago Report
Edited 7 months ago
Link Quote Reply
ЅℰℒᎯℙℋℐℰℒ

No more than just a bunch of trend hoppers.

Hong Kong is now under martial law. Whatever happened to all those "support" the virtue signaling west have given to HK?
Just goes to show that most of us are all talk no action. Dipping our noses into things we will never actually go and address ourselves. (me included).
Our attention span for the most part stretches only as far as the next big thing on the next news cycle.

@Amethyst_Crystal
"Tiananmen Square Copypasta refers to a copypasta mentioning Tiananmen Square protests of 1989, free Tibet, Winnie the Pooh and other subjects censored by the Chinese government. When posted in in-game chat in multiplayer games, the copypasta allegedly results in Chinese players being kicked from the server due to the Great Firewall of China automatically interrupting their internet connection."
- Taken from Know your meme.


1989? can I use the Chinese Exclusion Act to blame the United States now?
excessive censored are the stupid actions of ministry of culture.
In real life, the police will not be rude to others, unless you are commit obvious criminal acts or endanger public safety.

But it's not about Hong Kong,
The protesters organized a lot of violent crimes, Even Lit an old man in Yesterday. And social networks such as YouTube delete videos of protesters' crimes. It's not freedom, it's hypocrisy. 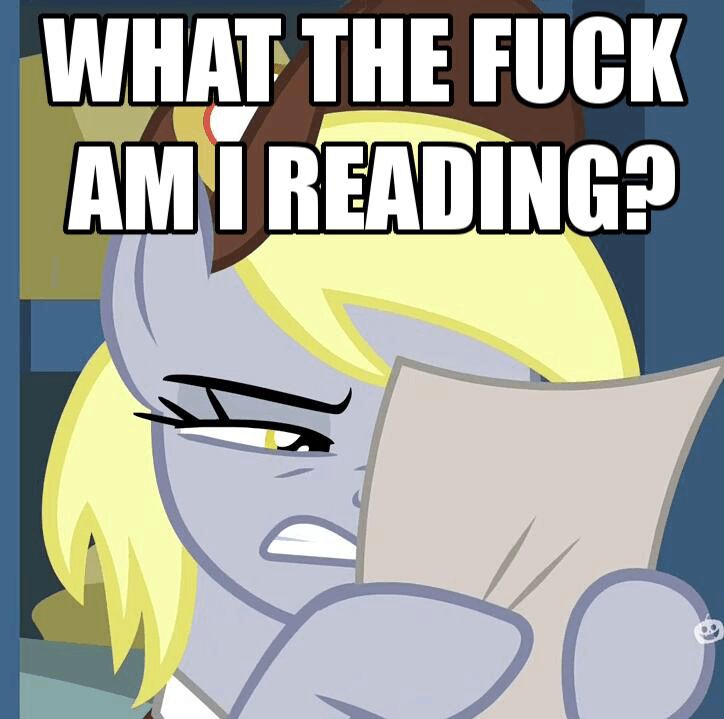 The GFW cuts your internet is another rumor
You want the truth, Come to China and see it yourself, Cause every media is bound to show you what they wants to.

Goth Hippie Nerd Pony
@DarkStraw
The thing is, politics is about how we decide to live our lives… or in non-democracies, how others decide we live our lives. Basically, the terms of our social contracts.
My Little Pony is full of politics, given Twilight's status, career and connections since the very start of the show. Almost every interaction with Princess Celestia is politics, especially in earlier seasons. Tons of foreign politics in the later seasons, with all the diplomacy going outwards to non-ponies.

Politics is only a horrible discussion to have, if what we're collectively allowing our lawfully prescribed 'social contract' is upsetting to discuss. I look forward to a day when most people from most nations can talk politics without feeling frustration, embarrassment, or dismay for politics, because that will mean people are finally living a reasonable, decent life with a reasonable, decent social contract within their country.

@Weenie
It's just pathetic that saying a few 'magic words' causes so much desperation. Being so controlling can only backfire in the long run. Why they want to trick themselves into thinking they're gods, like the emperors before them, I do not know, but they should consider turning back towards a path of global peace, they certainly could contribute to that if they wanted to.

Posted about a year ago Report
Edited about a year ago
Link Quote Reply
Weenie
@Amethyst_Crystal
"Tiananmen Square Copypasta refers to a copypasta mentioning Tiananmen Square protests of 1989, free Tibet, Winnie the Pooh and other subjects censored by the Chinese government. When posted in in-game chat in multiplayer games, the copypasta allegedly results in Chinese players being kicked from the server due to the Great Firewall of China automatically interrupting their internet connection."
- Taken from Know your meme.

@Amethyst_Crystal
I mean both Americans and Chinese people are tend to believe whatever the media trying to tell them, rather than find out the truth by themselves. But still, fake news about China around the internet are just too much funny in my eyes.

I just hate to bring politics to this show. It’s pointless

Goth Hippie Nerd Pony
@DarkStraw
I think this is a compliment? If so, thank you! Image macros and 'memes' are simple and 'get the point across'.

@Background Pony #549C
Mainland Chinese. They are very nationalistic, to the point of being unwilling to criticize their nation. Kind of like Republicans in the United States. Both groups would be fine criticizing each other's country though, of course.

@Weenie
I've seen this copy-pasted elsewhere online, is this supposed to be a list of protest phrases against China?

Goth Hippie Nerd Pony
@Anon371
It's true, the Chinese 'Communist' Party are the most dangerous fascists right now because of all their power, especially since their money influence goes far beyond their borders, telling other nations what to do and what to say.

@Burger King Leonidas
I admit I don't know much about 20th century Chinese history, but my impression is that just like the Russian communist revolution, there were good intentions in destroying the monarchy… but in both cases, selfish evil people twisted those intentions to their will, making themselves into dictators in all but name.
As for Tieneman Square, that was China's 'moral event horizon', so you are right. They must confront that past if they'll ever move forward.

Gas Loving Banana Boy
@Amethyst_Crystal
The day that happens is the day the Chinese government is forced to confront the truth that something did happen at Tieneman Square back in 1989 and that Chairman Mao's decision to introduce communism into the country (the great leap forward especially) was a disastrous one.
Posted about a year ago Report
Link Quote Reply