Editor & Rail Fan
@LynnHunter
My theory is that the distorted voice was her natural voice, but after being blasted out of Canterlot, her voice was somehow damaged and lost the distortion.
Posted about a year ago Report
Link Quote Reply 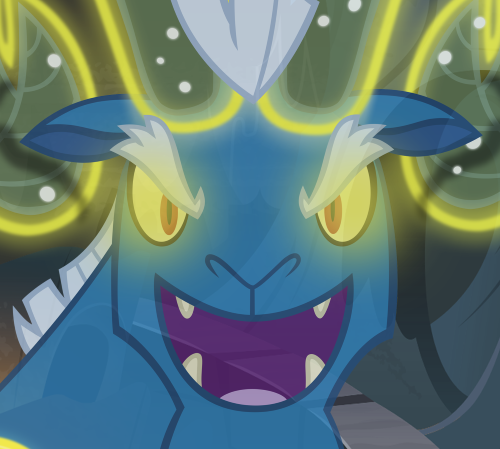 LynnHunter
Amateur Mare
@ThomasFan45
I even made a theory about that in the past but it's wasted just like Tirek's
Like she had that distorted voice because of the massive love that Shining Armor has for Cadence which gave her so much power and would make sense that she didn't had that voice in season 5 alternatine timeline and season 6 finale because she didn't absorsed that much of love (specially when it was given freely by Shining Armor) But now that got wasted after she was so much powerful with Grogar's bell and no voice change at all.

Editor & Rail Fan
@LynnHunter
The main concern for Chrysalis' voice was that there was a worry that nobody would understand her.

All the same, it's a little jarring not to hear the distortion in all of her future appearances, despite me having gotten used to it.

LynnHunter
Amateur Mare
@ThomasFan45
Well it got a little bit deeper but not like in Season 4 finale.
Also they never brough back that Chrysalis voice from S2 finale which was kinda dissapointed but not really a big thing anyway.
Another thing was that i found Sombra's new voice kinda annoying and not really fitting.

Editor & Rail Fan
@LynnHunter
Actually, I take back that part about his voice. I was watching the episode again and his voice did get a tiny bit deeper after he and the others used the bell.
Posted about a year ago Report
Link Quote Reply

LynnHunter
Amateur Mare
@ThomasFan45
At first when he grew up a little bit in the S9 start, i was expecting his voice to be deeper already but i guess it made sense a little that it didn't (since in the S4 finally when Discord was helping him to get to his second form and he didn't speak until he got to his third form at the same time when Twilight was given all of the alicorn magic) But when he got to his third form at "Fremenies" and his voice didn't get any deeper then i started to get more suspicious and started making theories like that his voice became deeper at S4 finally because he was using his sucking/draining power too much which might have somehow affected his voice (while in S9 he was simple given an orb and then used his draining power on Queen Chrysalis)
But now i just realized that it was just the staff's incompetence at that part and others.

On top of that, you remember back in season 4, where Tirek's voice got deeper as he got bigger? What happened to that concept? Because it hasn't showed up at all this season.

LynnHunter
Amateur Mare
@ThomasFan45
Both to be honest.
Posted about a year ago Report
Link Quote Reply

Editor & Rail Fan
@LynnHunter
Or the animators.
Posted about a year ago Report
Link Quote Reply

Princess Luna: [narrating] Scorpan urged his brother to abandon their plans. When Tirek refused, Scorpan alerted us to Tirek's intentions.
Princess Celestia: [narrating] Scorpan returned to his own land, and Tirek was sent to Tartarus for his crimes. But it appears he has found a way to escape. 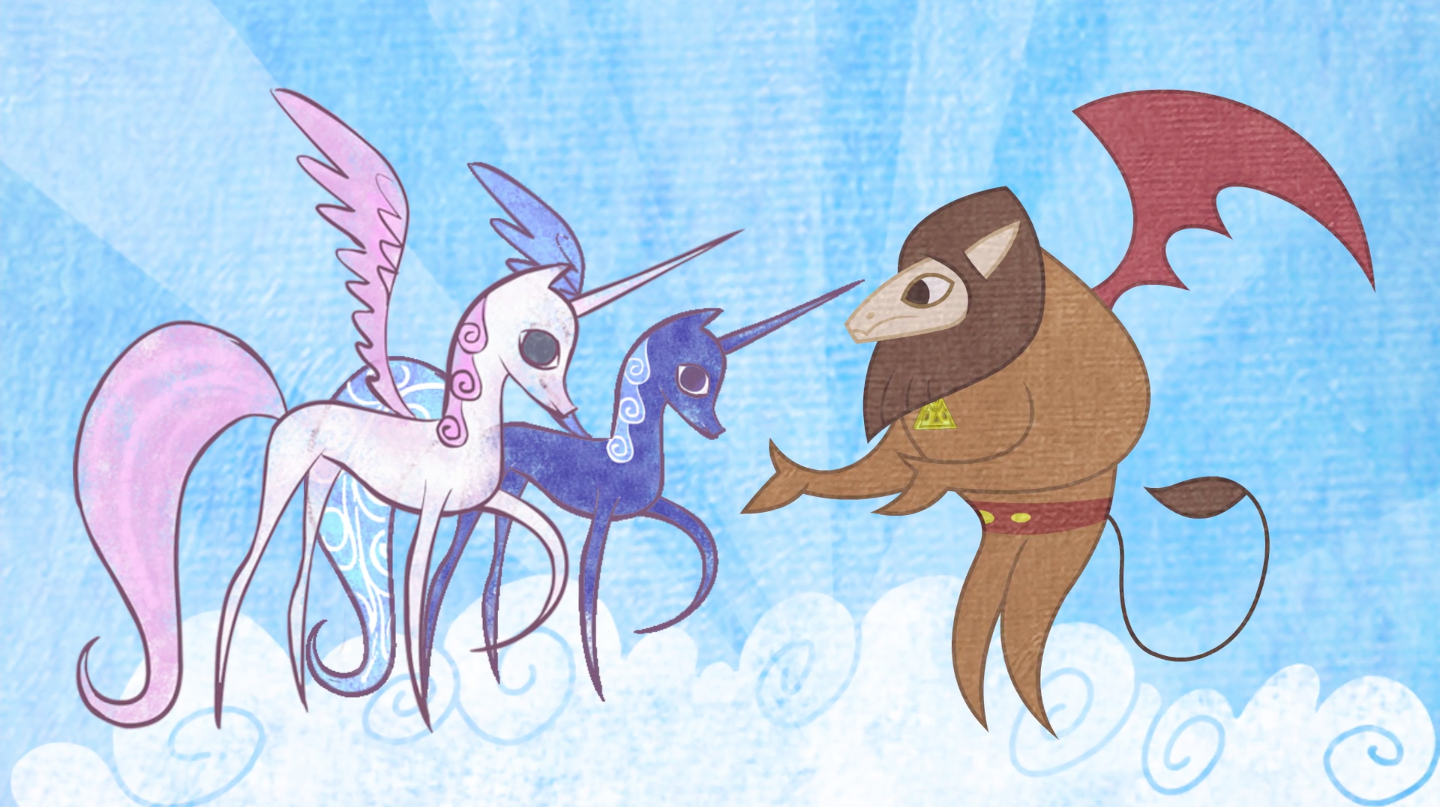 Celestia and Luna were actually around at the time, so I'm not inclined to think there was any instance of Star Swirl soloing Tirek.

At best, he helped Celestia and Luna stomp him, if he was involved at all.