The 2020 Community Collab is posted! Thank you to everyone for submitting over 1600 characters to this years collab! Click here to see it!
31 48 22 26 85
Subscribe
Galleries
Featured in
Register to create a gallery
Related
View VS Download DS
Uploaded 6 months ago by Smart Heart
1936x1936 JPEG 458 kB
This image is blocked by your current filter - click here to display it anyway 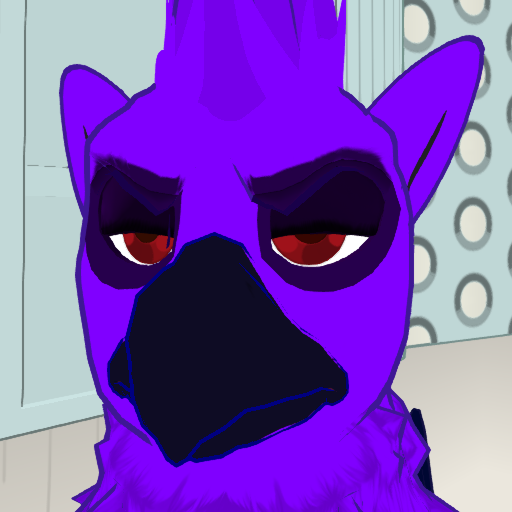 BossGriffin
@TheSultanAkbar
Why not? I mean, as far as everyone else is concerned — everyone to whom it's all fiction — Daring Do is AK Yearling's creation, so this Groom QQ Martingale is violating her trademark by profiting off her intellectual property.
Posted about 5 hours ago Report
Link Quote Reply

TheSultanAkbar
The individual human
@BossGriffin
Not really. Well, not that anyone would care…
Posted about 5 hours ago Report
Link Quote Reply

BossGriffin
You know, I'm pretty sure Dr Caballeron violated Daring Do's copyright when he sold a Daring Do book without her permission.
Posted about 6 hours ago Report
Link Quote Reply

@Background Pony #E0A6
What about the comics?


I know at least that His Royal Incompetence King Aspen still seems to be hanging around.

Maybe they're gauging the periculosity at a purely personal level.

Hell, Svengallop just sulked in Las Pegasus in S6 and S8 cameos, after his debut, having had his reputation presumably ruined from word spreading.

He's no threat at all.

The likes of Suri Polomare (no repeat appearances) and Wind Rider aren't dangerous either, because they probably won't kill you.

Lightning Dust is a sociopath, but she's not actively malicious, most of the time (endangering Scootaloo with a reckless stunt was probably somewhat done to spite Rainbow Dash).


If that Gordon Ramsay pony were an actual character, he'd be worse than her.

So, villain reformation has only done to half of all the antagonists, duh.

Twilight has the most record of reforming villains, Fluttershy is at second place.

Yeah, I'm fine with him not being a bad guy any more (it's par for the course in this show), but there's definitely better ways they could have done it.

nobody's favorite
Meh, after they did it to Discord, everyone else seems like small potatoes by comparison.

Caballeron has it worst here!

In all fairness, Caballeron never said he'd stop stealing things, just that he wouldn't steal things from within a certain geographical region. I think it's Ahuizotl who got hit hardest by this one.

Editor & Rail Fan
It is so weird seeing Ahuizotl among normal ponies, like it's the norm or something.
Posted 4 months ago Report
Link Quote Reply

@PonyPon
But it would be an AU.
Posted 4 months ago Report
Link Quote Reply