Pristine Melody was all alone and in desperate need of comfort. She didn’t expect her Quilly to actually walk out on her like that, let alone take little Bel with him. She hardly slept that night, alone in a bed for two. She couldn’t take the silence anymore, so she called the one pony she believed would understand her struggle: her ex-wife Turquoise Edge.

“Thank Celestia Turq, you’re here,” Mel sighed in relief as she let the pegasus mare into her home. “Finally, some company.”

"What's going on?" Turq asked upon stepping in. "Where's Cursive?"

"Cursive left with the baby," Mel sighed, setting out two cups and pouring some of the tea she’d just brewed. "We had a little fight, but he got so mad that he jus’ picked up an' left."

“Uh huh,” Turq sipped her tea, knowing she wasn’t getting the full story. “And why did he get mad?”

"He said I was a bad mother! An' that I only care about myself." Mel huffed, "Which is wrong, I care about lots o' ponies!"

“Do you though?” Mel looked up to see Turq glaring right at her. “You clearly didn’t care enough when you forgot the song you wrote for me! Or more importantly, when you didn’t think about how the girls felt when you got remarried, or when you practically replaced them with a new baby! Do you really think that’s being a good mother?”

"Turq! I went and rewatched the film of when I sang that to you and I felt horrible!" Mel defended herself. "I thought they would love it to have someone around for me! I didn't replace them! It's not my fault they don't come 'round to see me!"

“You really think this is THEIR FAULT?” Turq stood up suddenly. “Do you ever stop to think WHY THEY DON’T TALK TO YOU!?”

Mel flattened her ears against her head, cowering. "I don't know Turq! Ever since I had Bel they just…stopped…coming."

“RUB TWO FUCKING BRAIN CELLS TOGETHER, I SWEAR TO CELESTIA-“ Turq stomped, hard, smashing her teacup beneath her hoof and nearly knocking Mel’s over. “They feel REPLACED! They feel like you sauntered off after our divorce and replaced all of us with your new stallion! And now you’re popping out babies just because you’re LONELY? Instead of, I don’t know, FIXING YOUR RELATIONSHIP WITH THE KIDS YOU ALREADY HAVE? And how do you think Bel’s gonna feel, knowing he was made to be dear old Mummy’s time-killer? He’s a living being, Mel! This isn’t a fucking joke!”

"Turq! How do you even know?" Mel whimpered. "I didn't replace them, I was lonely!"

“What do YOU know about being LONELY? You have a husband who loves you and two adult children who have been waiting for you to reach out to them! And two grandchildren, for fuck’s sake! What are you gonna do when Bel grows up, run off and pop out another kid because you feel like it? And what about when they grow up?”

Mel looked down at her hooves, tears welling up in her eyes. "I…I don't know, Turq."

Turq glared at her, coldly. “What DO you know? The last time you had any fucking logic at all was when you called our divorce. Why can’t you think sensibly NOW? Why can’t you think about others, FOR ONCE? Keep this up and you’ll end up like I did, ACTUALLY alone. It’s more than just an empty nest Mel, it’s absolute hell. You better wake the fuck up before it’s too late.”

At this, the tears began spilling, and Mel placed her head in her hooves as reality finally began crashing down on her. 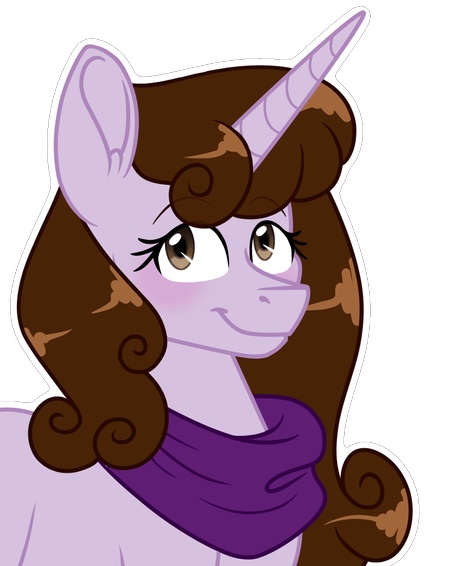