47 61 57 4 3
Subscribe
Galleries
Featured in
Sign in to create a gallery
Related
View VS Download DS
Uploaded about a year ago by Background Pony #A89A
2544x1518 PNG 5.66 MB
This image is blocked by your current filter - click here to display it anyway

Today is the day! My Little Pony the Movie hits the big screen!!!!!!

I've been looking forward to seeing this, and now the time has come. As we all know, Twilight Sparkle, Applejack, Fluttershy, Pinkie Pie, Rarity, Rainbow Dash, and Spike must all set out on a journey beyond Equestria to stop the evil beast conqueror, The Storm King. Along the way, they encounter Capper the smooth-talking tomcat of Abyssinia (read the prequel comics), Captain Celaeno and her crew of pirate parrots, and the Hippogriffs-turned-Seaponies, Princess Skystar and her mother, Queen Novo. They must also dodge the Storm King's embittered broken-horned Unicorn lieutenant, Tempest Shadow, and her sidekick, Grubber. The fate of Equestria rests on their hooves (and Spike's claws). And hopefully, they'll come home to see a performance done by famous singer, Songbird Serenade.

Now this wasn't such an easy feat for me. The biggest issue is the fact that the characters in the movie now have shading and highlights. Now for most of the characters here, I didn't need to deal with this drudgerous burden. But for Songbird, Skystar, Capper, and Celaeno, who were not shaded and highlighted, I needed to find help. I asked for help from fellow Photoshop user, , who has added shading and highlights to his Movie style vectors, and he told me to use the dodge and the burn tool for the highlights and shading respectively. Thank you. However, despite my first attempt, I have a lot to learn about making shades and highlights, though I plan on making more Movie style artwork very soon, so I guess I better get started.

But of course, if I said it thrice, I'll say it 3,000 times 3,000 times: backgrounds are DIFFICULT TO DO! I found this galaxy texture wallpaper, and it reminded me of some of the posters for the movie. So I decided to use this one. I had to make a copy of it, flip it over, and paste them together. Now I've had struggles in how this should be arranged, but I'm sure you're okay with how it is.

Now before I wrap this up, I do want to point out that I changed The Storm King's expression because of his "unique" personality. He isn't just evil, he's also hilarious. So I think a villainous grin is all it takes to express fiendishly flighty disposition. Plus, even though I haven't seen the movie yet, after reading the Prequel comics and watching some clips on YouTube, The Storm King is officially my new favorite MLP villain.

Flufux Corporations
@root64
Yes, and the original picture was posted on Deviantart around that time. Seems to me that someone just copied the description over while posting it to this site…now of all times for some reason.
Posted about a year ago Report
Link Quote Reply 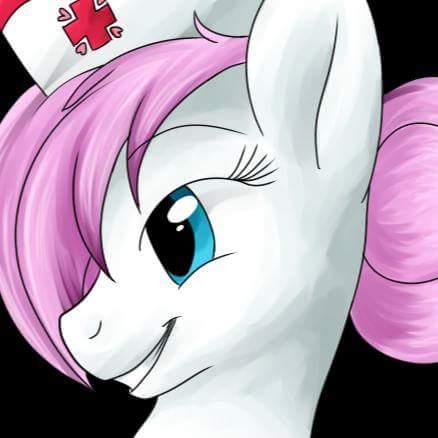 Redheart is my waifu.
The movie came out 2 years ago.
Posted about a year ago Report
Link Quote Reply