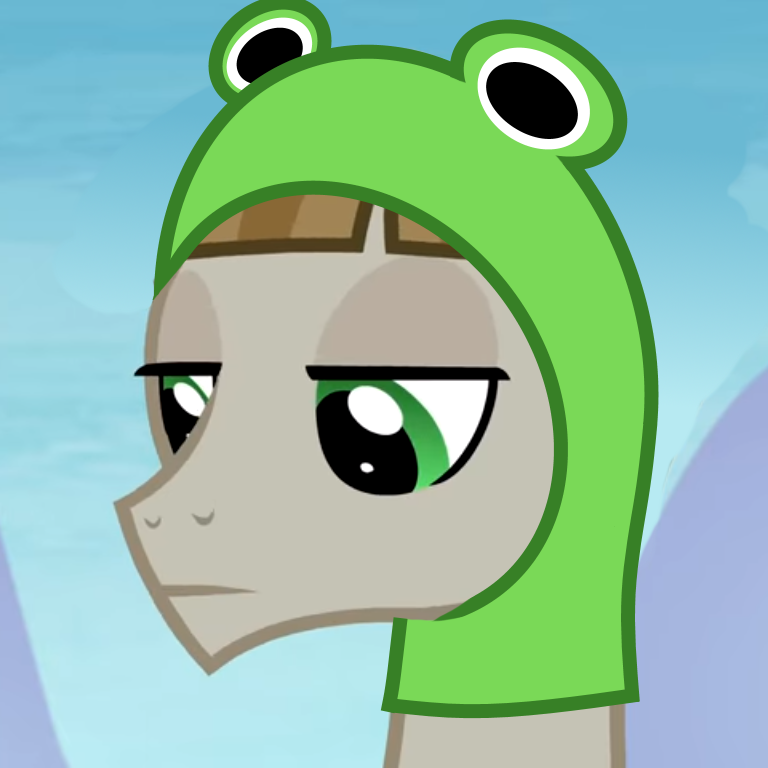 I boy I really love to look at mouthpieces
Posted 5 months ago Report
Link Quote Reply
Background Pony #D89A
Funny thing is, people are mad at a OC with no 'canon' (Her own story). She's the equivalent of Anon. Nothing but what you make. It could all be what @redweasel
Said @redweasel

my headcanon is that aryanne is a nice german lady who has no idea she's a living example of nazi iconography.

she got her cutie mark helping out a hindu temple that had recently opened in her neighborhood. ♥


But everyone accepts her as a nazi and gets mad about it.

I'm not sure which is worse. /s

Fuzzbutt
my headcanon is that aryanne is a nice german lady who has no idea she's a living example of nazi iconography.

she got her cutie mark helping out a hindu temple that had recently opened in her neighborhood. ♥ 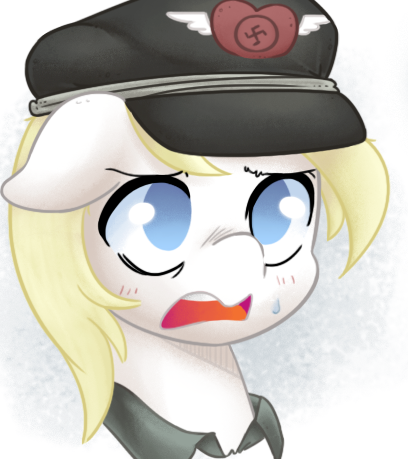 Nice straw man you have there. "LITERAL nazis are bad therefore antifa is not!"

@PonutSFM
Willfully ignorant that Antifa and literal Nazis are fundamentally different and nowhere near equivalent in scale. Got it.
Posted 9 months ago Report
Link Quote Reply

Mittelmäßig
Is this supposed to be ironic or did you willfully ignore antifas existence?
Posted 9 months ago Report
Link Quote Reply

@Thorned Rose Ninja
That's why successfully talking it out with a Nazi tends to be a fantasy that only happens in a short comic.
Posted 11 months ago Report
Link Quote Reply

Something tells me Aryanne would not be so easily swayed by a few remarks. Believe me, I've dealt with a few SJWs and religious fundamentalists alike.

Then again, it's three-panel comic


She was created by 4chan, so she's basically whatever edgy meme you feel like using her to trigger people with. She does have several backstories though, as several anons have apparently written stuff to try to make her an actual character. While none of them are "official" for her, as again she is public-use intellectual property, the general trend is that she's a unicorn supremacist (for obvious irony points as she's an earth pony). Also, she hates juice.

As for the rest of your rant: you're sort of lumping a lot of assumptions and things together here. For starters, the National Socialist Party is also communist. It just pairs national control of the means of production with racial politics favoring the Aryan race over others. More general, Marxist communism seeks to include the entire world in a stateless system in which the government eventually fades from existence as the public dictates the use of the means of production instead of private ownership. Taking the Nazi party to its logical conclusion, it would eliminate inferior races such that only the Aryan race exists, and then it would continue on with regular Communist ideals.

What makes both awful is that they amass power into a government in order to enforce their vile agendas. Both are very left. Both seek to change the status quo to fit their ideals through bigger government and focus on social issues rather than traditional or economic ones. They're both terrible.

Actual conservativism, as well as proper liberalism, seek to promote private ownership of the means of production as well as personal freedoms and liberties. This is generally opposed to large government/corporations/power concentration. Right-leaning philosophies favor maintaining what works. Such as capitalism, meritocracy, and the free market.

If you want to take anything from the comic presented, I think it would be a conservative message: Starlight isn't defined by solely her past. She has moved on, learned from it, and grown. She used to promote an anti-individualism/merit philosophy in favor of collectivism and getting along as a group. She has since learned and accepted individualism and merit are positives and is learning, as everyone forever does, to get along with other individuals. She has received forgiveness not because she deserves it but through grace. These are all very positive conservative notions.

Aryann, whatever you think her backstory or agenda is, represents not merely someone focused on some kind of racial superiority, but someone who uses that belief to attack others. "Casually encouraging violence" is indeed what the left often engages in, motivated by their (mostly racial) identitarian politics. As the Nazis did, they attempt to create a set of rules and definitions that justify their violence and calls to violence based on racial matters.

You can interpret this as Starlight (left) scolding a person on the right. Or you could interpret this as two left-leaning folks discussing a difference of opinion with emphasis on the non-violence thing. You could interpret Starlight as a formerly left, now right-leaning person scolding a still-left or extreme-right person. But what is important to take from this is that one of them, Starlight, is getting and has gotten better and seeks to do positive things whereas Aryann represents someone who isn't.

The end-take on this comic is that, regardless of your interpretation of Aryanne's character, in this comic, she is doing bad things. She herself admits to casually inciting violence. Why, against whom, and so on are irrelevant. This is a bad thing, full stop. Starlight is encouraging her not to do so. This is the correct action. Full stop. Your focus on "well, this is also bad or worse, and you shouldn't call her names" and stuff like that are irrelevant.

Posted about a year ago Report
Link Quote Reply
Background Pony #DFB1
Nice projection, but you do realize that Communism unintentionally killed (Through starvation) more people than Nazism intentionally killed, yes? Aryanne is an OC with no backstory that I'm aware of, can she be compared to a mare who went from Communist to Monster to Easily-Forgiven Marey Sue? Why is the Communist calling the Nazi selfish when selfish greed is at the root of what Communism actually is? Why are you calling the fictional nazi pony the hateful one when you, as Glimmer, can barely go five words without throwing a bratty and petty insult at the horse?

More importantly, does writing out this comic where you project onto a fictional nazi horse really make you feel like you've won an argument, or made the world a better place?

Nazism is what white men are forced to resort to when they're convinced through experience that peaceful democratic methods can't resolve the life-threatening problems forced upon them by others.

Isn't that gonna end up in cutie mark failure insanity syndrome?
Posted about a year ago Report
Link Quote Reply