Even Mane-iac isn't entirely sure how this happened. Her evil technology isn't an exact science, after all. Also, GMHAA is a mom just in time for Mother's Day :D

ᗡ: 📶 📡
@Background Pony #97A7
1. I'm not entirely sure outside of just do what I think is the logical progression of events. Of course, it's well established my idea of "logical" is a touch out of sync so who knows what could happen? :P

2. Hard to say. Usually he's just sort of suckered into these pregnancies. Typically he goes in thinking it'll be a normal woman but surprise, seaponies and such don't work that way XD

3. He'd probably be more upset by the fact he was changed against his will rather than the actual after-effects. He takes EVERYTHING in stride in Equestria because he sees everything as equally weird: a living toaster pony is no stranger to him than a magical unicorn hero librarian XD

4. Safe to assume he could have as many as he wants :D

1: Exactly how would you do follow-ups to those pictures anyway?

2: Given GMHAA's apparent love for both sleeping with every mare and stallion willing to have him and making kids, when is he going to try and make money out of becoming a professional surrogate?

3: If the Mane-iac's machine went haywire and permanently left him with a vagina that, due to mixing pony and human anatomy, saw him entering monthly heats, would he really care so much?

4: If the above happened, how many more pregnancies would he have?

ᗡ: 📶 📡
@Napsack
Same. I really like the idea that Mane-iac is like a crazy version of Vulture from Spiderman Homecoming :D

I didn't do anything intentional, other than draw him in a very stock "pregnant woman" kind of pose :D

@BluesXx
@Background Pony #FCE1
No, it's a failsafe of her body swap machine: it can't swap any body part if it would result in a death, and that kicked in when he was impregnated. When they swapped back he was left with all the proper "insides" to carry a baby. When it's time for him to give birth she'll use the machine again to give him her mareparts, and using it again after he's given birth will properly switch everything back to the way it was 100% :D

@Nittany Discord
A lot. There's no shortage of creatures in Equestria able to impregnate anything with their offspring. This is the first time he's been biologically pregnant, though, in the sense that he's not carrying eggs that were put into him :D

@2DUK
It's a side-effect of being "impregnated" by Quiddity's species that makes the carrier of her eggs very suited to carrying offspring so there's no injury or damage to his body. That and becoming biologically capable of becoming pregnant pretty much guaranteed a pregnancy :D

@OneSpooky
She's tucked all up in the meatloaf position on her hair :D

@Wingnut
@Background Pony #97A7
@Fighterpilot555
Also I really need to do some proper follow-ups to those :P

@silbasa
Satyr babby of course :D
This image is blocked by your current filter - click here to display it anyway


@Takengrin Endmmar: Taken God King of Fear
Technically his lower half was female when he was impregnated so he had all the proper anatomy, and wasn't completely body-swapped back: he still has the female parts inside. Mane-iac will swap back again when it's time to give birth, and AGAIN after that to put her and him back 100% normal but in the meantime she has errands to run and a city to conquer and she can't do it with gangly human legs XD

But seriously, you've never heard of mpreg before?

Reasonable trolling
…
How the absolute fuck is he pregnant???
MALES CAN'T BE PREGNANT ONLY FEMALES!

Oh, how will this end I wonder? :P
Posted 2 years ago Report
Link Quote Reply 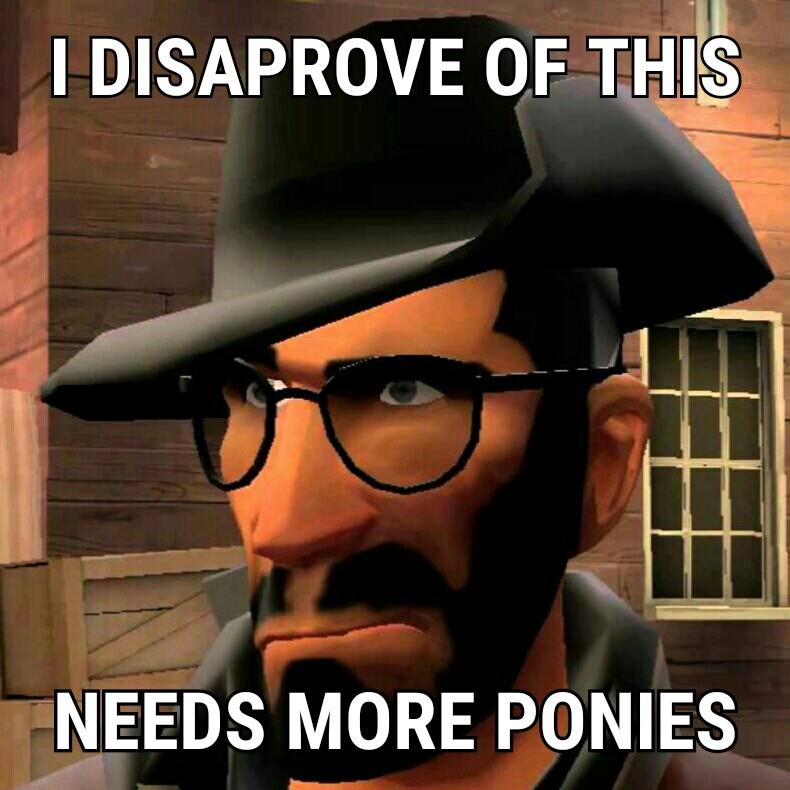 Was Balloon Unicorn responsible for one of them?

@Background Pony #119B
Y'know, I never really thought to count it how many times it's been.
Let's try to do it now!
There was Chrysalis… think she was the first. But did she impregnate him just once, or several times?
There's quiddity and her slime babies.
If we count the Slimetavia pics, there's what, at least 10 pregnancies?
Adrianne the seapony…

I'm sure I'm missing some.

OneSpooky
Doot Doot
Best way to rehabilitate the power ponies' arch-nemesis; making foals with her and starting a family.

Everyone seams to forget those are HAIR tentacles, Mane-iac needed the (half)body swap to impregnate GMHAA
Also how is GMHAA hiding the rest of Mane-iac? she's a tall gal.

Contortionist
gmhaa is slowly turning female
Posted 2 years ago Report
Link Quote Reply
Background Pony #C6E5
How did it happen? That, I can tell you in one word: TENTACLES!
(sinister organ klezmer)
Tentacles!
Tentacles!

why
What a cute couple they are. I can see the Mane-iac as a very doting mother. It helps that she has enough hair tentacles to take care of octuplets, if the need arises.

I don't think you've ever drawn GMHAA looking that feminine before. Is it just the pose, or did you do something different there?