57 84 57 27 20
Subscribe
Galleries
Featured in
Sign in to create a gallery
Related
View VS Download DS
Uploaded 1 years ago by Background Pony #FBA7
5667x4251 PNG 8.01 MB
This image is blocked by your current filter - click here to display it anyway

Sometime last night I thought to myself: Shining Armor did not receive the tough look he should have gotten. So I started doodling some shinig armor sketches and somehow ended up with this (around 2.30 am). Get ready for some quick background knowledge.

(1) Shining Armor got a tatoo of his familys most iconic symbol when he bacame the captain of the royal guard so that he could be identified if things would end really bad for him.

(2) There's a big softie under those rock hard abs. SA got really emotional when his daughter was born. (Btw I imagine Cadence to be French/ German)

(3) Flurry Heart for an unknown reason turned out really like REALLY religious which was a big surprise for her parents since none of them activly practice a religion at any point in their live.

(4) Twilight Doodle. She still doesn't know how to dress well.

(5) Shining Armor's really proud of his uniform even going so far to polish it on a daily basis.

(6)'s based on this picture

by the amazing (I know that Flurry is supposed to be older than Skyla, but I really wanted to draw Skyla disapproving of a baby Flurry Heart) 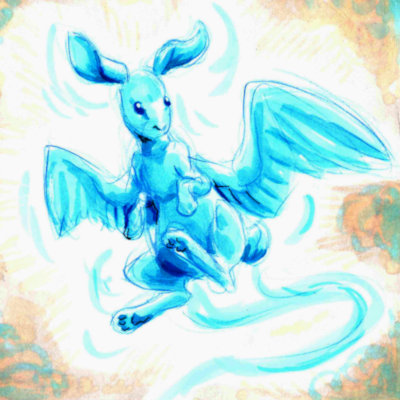 Literary siren
@NickTornado
As the description explains, that's not Cadance saying fuck you to Flurry, it's Skyla. And while a big sister saying fuck you to her little sister also isn't okay, jealousy of the new baby isn't an uncommon thing.
Posted 1 years ago Report
Link Quote Reply

trickynicky
Why there are dislikes? Don't you see a mother saying fuck you to her child isn't okay ? Curious why, maybe it was not enough white ? Shame if it was the reason.
Posted 1 years ago Report
Edited 1 years ago
Link Quote Reply

Literary siren
@VermiIIion
Having an opinion on whether a character looks good isn't inherently racist, trying to justify that opinion with "x character can't be racist because they live in Canterlot" does strike me as racist, which is why I replied the way I did to the anon. I realize that's not what you're saying here however, and that you were just continuing the chain whereas I was replying to one person specifically, which is why I for one am backing out of this discussion.

Literary siren
@VermiIIion
This is getting farther from the original point of my first reply that you jumped on. The point of the anon I was originally replying to was that Canterlot natives shouldn't be black because Canterlot is the pony equivalent of Camelot. The point was not anything to do with other species or most of the other things that this conversation is spinning into. My sole point back at the beginning was in response to one anon who specifically thought that Canterlot ponies shouldn't be black, not that ponies themselves shouldn't be human ethnicities. That's a whole other conversation, and this is all having less and less to do with the actual artwork that we're in the comment section of.
Posted 1 years ago Report
Link Quote Reply

@Krickis
1. Yes, because white people moved there. While white Africans are born, most come from or are ancestors of the UK. By the way, I'm referencing the closest time period to Equestria at our time, so I was thinking maybe the Industrial Revolution.

3. Not every single pony. I'm more considering unicorns are white/Asiatic, earth ponies are native American/white, and pegasus are greek. And again, no pony has any ethnicity. I really hate trying to humanize ponies because nobody is happy at the end of the day. I prefer the nuclear radiation tainted Equestria Girls.

4. @QueenChrysalisIsBestVillain
It's on opinion basically. I don't find it particularly ugly, but other people might not fun it so appealing. I dislike Black Pinkie because the rich dark chocolate of her skin and the bright pink of her hair makes her look like a clown to ME. But not everyone is going to have my opinion. Having a differing opinions ISN'T RACIST.

Literary siren
@VermiIIion
1. Many parts of Africa are white, actually. "Africa" is a huge freaking continent with many different countries, some of which have been colonized by Europeans (South Africa, as an example), some of which are just near European countries and have mixed accordingly (Egypt, for example).

2. Or… or train. We've seen lots of train. Which is what I mentioned. What the heck are you talking about? The Friendship Express quite literally has an in-universe name, and we've seen it in many episodes.

3. Amusing how you say I contradict myself but you don't say how. And are you really arguing every single pony is white? Because unless you are, the other species are irrelevant. The only reason to point out that we've only seen one zebra is if you are making the claim that Zecora is the only character we've seen so far that's okay to depict as black.

4. It… doesn't. At all. Like, literally at all, Shining looks freaking great here and I'm sorry you can't see it because you're missing out.

She is our Queen
@VermiIIion
LOL it doesn't clash, why do you type of people always say dark brown clashes with everything? It's annoying and stupid.
Posted 1 years ago Report
Link Quote Reply

@Krickis
1. Yes, a small minority, and it's still a thing today. Most Russians have never even seen a black person before, and I bet quite a few Africans have never seen a white person. You do realize that most black people were BROUGHT there by white people right?

2. You forget that as far as we've seen, the only ways of travel are by boat, airship, chariot, or hoof. ALso, you're forgetting Equestria is most definitely not an accurate depiction of our society. They don't have the same technology either.

3. You somehow contradict yourself in the same exact comment. Also, how many zebras have we seen so far? Remember, only ONE. Coupled with the fact we haven't seen that much co-mingling with Buffalo, Yaks, Deer, Kirin, Eastern unicorns, etc. in Equestria should make this obvious.

4. Pointing out the dark chocolate skin and how badly it clashes with the bold blue and cyan isn't racism.

Literary siren
@Background Pony #6EAE
There are a lot of things wrong with this logic.

1. There were historically black people throughout Europe, even if a small minority. Most media just doesn't portray this properly.

2. Equestria is small and includes cities based on Manhatten, Los Vegas, Philadelphia, etc. that have plenty of black citizens. These are part of one landmass that can be traversed by train from end to end within a couple days. The entirety of Equestria would be relatively equally mixed in ethnicity because people could move around it with ease.

3. Camelot is itself fictitious, so its not like we have any statistics that say everyone there was white.

4. It's a frickin cartoon and open to interpretation. The fact that Shining has a white coat is entirely irrelevant to what race he would be, evident by Twilight and Night Light having darker coats. Pony coat color being an indication for race is only ever brought up when people are saying which characters shouldn't be black and never when they should, and as such, is pretty racist.

Posted 1 years ago Report
Link Quote Reply
Background Pony #6970
@taesuga
It's not really though. It's kind of weird for a family that lives in Pony version of Camelot would be of African descent while also not being in the mythology or ecology of the area (like how Zebras would be from Africa or Arabian horses from the Middle East.) Unless the Sparkle family had Pony-Othello in their bloodline…
Posted 1 years ago Report
Link Quote Reply

Pupusa Lord
@Background Pony #F25B
Most likely the fact that Shining, a pony with a coat beautifully white as snow, looks like a burnt cookie. Twilight doesn't look that bad with dark skin tho.
Posted 1 years ago Report
Link Quote Reply

Give it time, you made a good piece and people will see that, the wave of downvotes will pass and should climb back out of the negative score before long.