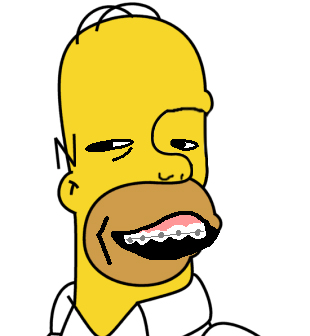 @Badumsquish
Oh, a physical clone, not a mental clone. If that was the case I wonder how they even knew how to speak or walk or do anything, wouldn’t they have just been blank
Posted about a year ago Report
Edited about a year ago
Link Quote Reply

:𝐃
@Prometheus labs CEO
I kind of figured they didn't actually know anything the Mane Six knew. Like, I assumed she knew who the Mane Six were because she knew them as the originals of the clones she did know. She didn't know where the tree was, which the real Twilight knew :D
Posted about a year ago Report
Link Quote Reply

:𝐃
@Background Pony #95AC
She's not big on hurting kids for the most part, but she certainly wouldn't do the kind of things to a kid she did to Big Mac ;D
Posted about a year ago Report
Link Quote Reply
Background Pony #28BE
@Badumsquish
Good to know that it’s not as evil a scheme as I had thought.

She’ll never live down thag flightlessness, and that other joke..

:𝐃
@RainbowDash69
Fly with the power of an alicorn, no less :D

@Background Pony #95AC
She lost her alicorn powers when she became a goo pony, so she figures she can regain them by combining her abilities with someone else. She picked Scootaloo since I figured she'd sympathize somewhat with a pony who wanted something that was out of their control (like how she wanted freedom) and because she probably feels she can manipulate Scootaloo with her desire to fly :D

@Bitter Pill
@HDPlayer
@Thistlecorn
@Power-Up&Sky-Blue
Not just a joke, either. I wanted to make it clear she doesn't go after kids "that" way since she clearly hasn't checked Scoots out at all back there. She's evil, but she DOES have standards :D

@chucklefarts
@Background Pony #95AC
She wants her alicorn powers back, so she's experimenting with her new abilities to see if she can make it happen. By clinging to another's body like a symbiote she can make them fly, but she's not too fond of not being 100% in charge of everything either so expect her to ditch Scootaloo in relatively short order XD

@íaqwsy
@DragonBoi471
Scootaloo went to sleep wearing her old Washouts uniform and woke up on the roof of a building wearing a purple version of it that allowed her to fly. Even now that she's revealed herself as a monster she's kept the Washout uniform pattern on the chest. The whole thing's a reference to Venom how he kept the Spider-Man logo on his chest :D