and I actually Dream of the Previous art and I worked on it late last night around 11:50 pm to 12:45 am and I finally completed the Digital version in 4:30 pm

as a group of 5 creatures Go around the Whole Ponyville Borders, outside of town and even Inside of town to look for their Lost Friend.

"I don't think Gallus Would Even Be here." Said Smolder

"Yeah I do Agree, Even tough But where else Have we Looked?" said Sandbar

"That (WAS) the Golden oaks Library Twilight's Original Home."

"how do you know?" said Smolder Given smolder a Look like he is a More know it all.

"Can we Just keep looking for Gallus. He might get hurt." Cried Silverstream in a Calm Voice.

"Or maybe he just went Home, like back at Griffonstone his home town." said Smolder Trying to piece thing together in her head.

"I Don't think he would do that, beside its Still Raining and dark so Gallus won't do that." Said Sandbar until something Has Got his Attention

"but their is one place in Ponyville that we didn't Checkout … THE EVERFREE FORREST!"

The Hole Group gasp in shock as they Remember The bad thing in those Wood but As They know They have to go in the Woods but Smolder Jumps out and Said.

"the Everfree Forrest at night? and not the Mention It's Raining. Lets wait till Dawn."

"No way Dude, Do we want to Get Expelled?!" Shouted Sandbar Trying not To Scream Hard Because He doesn't want to make another drama.

"look." continuing to speak from the Earth Pony "We still got to stick together. We go in the Wood Together."

As the Five Reach The borders of the Everfree Forrest they Remember the hard times They been though in the Woods.

"we are going in together Yona." said Ocellus Trying to be brave

"okay lets do it." said Sandbar Taking a deep breath and Then they all enter the Woods.

As they are inside they walk startling, scared, and Nervous. they Tried to be Brave as Possible.

"Okay this was a Bad Idea." said a Nervous Sandbar

"Do you think its best we Go Back?" said Ocellus Startling

"Yona thinks that all of us Leave!" Said Yona Being More scared than the Rest.

"Come on Yona you faced your Fear on Spiders." said Smolder the only one Keeping her cools "maybe you might face your fear in these wood."

"Dragon is right. Yona Faced fear on Spiders and Yona can face fear in scary woods." But suddenly something drop and Faced in front of Yona.

"YONA CAN'T FACE FEAR IN SCARY WOODS!!!" and then she Ran like a Speeding bullet

"Wait its just the Branch Come back!" Said Sandbar trying to Call his Yak Friend But she disappear in the Dark Woods.

now their are now 4 Friends Left still Scared and Startled. Silverstream has Been Quiet Though out the Search because She is not in a Good Spirit because What She did back at the School and What she said On the Belcany those 3 words to Gallus "I Love You." Silverstream in Tears putting her Claws Together on her chest while she stills Flaps her wings trying not to touch the Branch on the Woods.

As the 4 Processed While the Rain Still Rained harder They all hear loud Howells startled the 4 friends.

"Okay This Was A 20% Not Cool Bad idea." said Sandbar In a More Scare Voice

"We Still Have to Find Gallus and (Maybe) Yona." Said Silverstream.

"Well we Should of Packed A Flashlight All we see is Trees and Stuff." cried out Smolder While a thunder noise is heard

"Aren't you a Dragon that makes fire?" question Ocellus to Smolder

"us Dragon only make fire when there is no Rain because Water and Fire can't mix." Replied Smolder

sandbar continues to look around until Suddenly a loud thunder strike sound gets the 4 More Scared and As a Light reflect what Appears of 2 wolf like beings shadows They finally Realize What they saw. they All Had Eyes wide open and With the top of their lungs Cried "TIMBERWOLFS!!!" and they Ran As fast as they go but all of a sudden Silverstream Hit her head on a branch and Hits the ground on her back and passed out.


But as she is awaken she didn't seem to be eating by the Timberwolfs. but as the Lightning strikes again having the light show the 2 timberwolfs As she Gets scared at first but only to notice something.

Timber wolfs have Glowing Eyes but why these 2 don't have glowing Eyes? as silverstreams gets closer It turned it was A bunch a branches And twigs piled up to look like the Timberwolfs.

Silverstream sigh at first of relief but as another Thunder sound strikes again She jumped and Ran in the Branches Where she covers herself with a big leaf from the rain.

"GALLUS PLEASE I NEVER MEANT TO SCARE YOU! I WANTED TO TELL YOU MY TRUE FEELINGS! I'M SORRY I AM SO SO SORRY!!!"

"your not sorry… I am" as a Figure Removes to Big leave reveling silverstream she looked up and Sees a Familiar face who looks liked the one she goes to class with.

"Yes its me." replied Gallus who has a small heart smile

before Silverstream would give Gallus a Hug, Gallus Said

"Silverstream I wasn't Scared on what you said, I mean I was Kinda Scared because I didn't know what else to say except I think Dating a Hippogriff is cool because We do Share a similar name (Griffon) (Hippogriff). Silverstream I should Be the one to Apologies Because you already had Earlier." as Begin to say his sorry he began having Water in his eyes. tears of a griffon.

"Silverstream… I'm sorry I yelled at you. and I'm sorry I didn't took you word serious and for my True Feelings for you is… You the most sweetest Friend I ever met, Aside from Sandbar. Your funny, Creative, and Very Very Beautiful."

Silverstream Eyes began to Widen and then lowered her eyes and starts to be in tears again.

"There is some thing I never knew to much about until now and I did Like you Open up your heart to tell me those thing and the words you said I also should of said to you that (those are the Most Sweetest Things I ever heard."

"And one thing I like About you is… Your always have the most Beautiful smile. and Silverstream."

as She heard his 3 words she She cried of happiness and Hugs the crying Griffon and Gallus hugs back Both have Tears in their eyes and they still have both their smiles on.

"aw you hippogriffs… So Emotional." said gallus while he tries to calm himself down while still hugging Silverstream.

"can we go out like a Date?" Said Silverstream While still on her Griffons arms.

"yeah Why not after I talk things out with the other."

suddenly she Remember about the Others who left in the woods

"and Why are we still in the Everfree forest?" said gallus realizing where they are still in.


as the 2 love birds fly out of the woods as the Storm slowly dies down They see the 4 friends Taking breaths and Scared like they have seen the Devil.

"and Why are you 2 holding Claws?" said Sandbar who noticing Gallus and Silverstream holding their claws together.

"well me and Silverstream talked thing out and We Forgave each other and I do also wanna Say I'm Sorry for my action and Yeah It's just homework and I could get a Copy later."

"Wait a min, if you and Silverstream are holding claws… does this mean…" said Smolder Who is still noticing their claw holding together.

"OH MY GOODNESS YOUR BOYFRIEND AND GIRLFRIEND!!!" said Ocellus

"Griffon and Hippogriff Couple, Yona like." shouted Yona in excitement

"uh guys did you guys heard what I said?" said gallus who is confused.

"of course we Forgave you." said Sandbar who he and the rest Hugs Gallus And Silverstream in exitment and they all fly back to the School.

"Hey Gallus since What Happen last Night, Can I sleep with you Tonight?"

"yes." and the The two sleep Peaceful and quietly they will have A big Relation ship through out their whole Life


So That was a heartfelt Journey Ride. Since I'm More on the Twilight and Tempest Shipper I think I love this Ship Better than the Gallus and Sandbar Ship and I know some of you guys will disagree with me.

either way if you want to make this into Either a Fan film or a Comic series or even your own Fan art feel free, but You know what I have to say To this…. MAKE SURE YOU CREDIT ME! don't clam this work for yourself.

13 comments posted
Sky Blazer
@Ashkii
Because I am not doing your legwork. You are the one that needs to be looking into why Gallstream has become a thing.

Particularly after five months, by which time I am even less inclined to point you anywhere.

And that isn't to mention you have not provided legit evidence to actually convince me of anything. 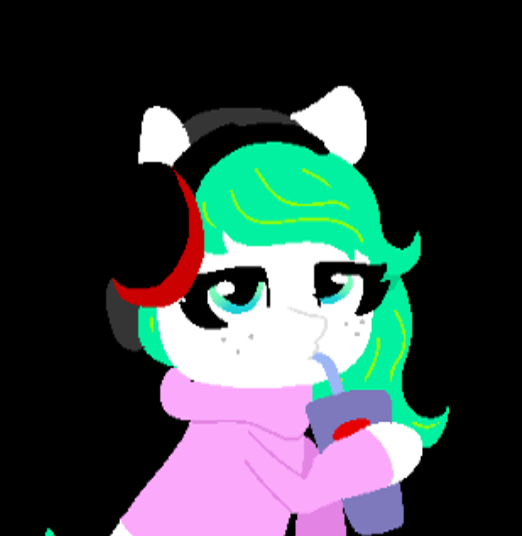 Witch savanna
@Background Pony #FF24
And you're cool to have a different opinion from me, lol. It's when you blatantly ridicule me as a person that gets me going.
Posted about a year ago Report
Edited about a year ago
Link Quote Reply

Witch savanna
I absolutely despise this ship. But I applaud Op for that great picture.


Take my dirty upvote and favorite.