This special Patron wants to remain anonymous for his thingy x3… I wanted to make a comic page of this since it would allow it.. but i was.. lazy? plus.. you'll get a continuation to this x3… also.. read the story if you want to know what's coming for her ;3

Sweetie Belle had always been a bit of a mischievous filly. Perhaps not as much so as Scootaloo could be when she was determined to find the new “activity of the day”, whatever that may have been at the moment, but Sweetie was also not a goody-two-shoes, either. So when Rarity had announced that she was out to run a few errands, and that her sister was to absolutely not go poking around in her room because of a “very special project” that was being worked on, naturally the first thing Sweetie did when the coast was clear was scamper up to Rarity’s room. How could she resist such forbidden fruit?

The first thing she’d found upon tiptoeing carefully in was, she figured, the exact thing Rarity had said to stay away from. To give herself credit, she thought, Rarity had been awfully prissy and possessive lately…so taking a peek at this project surely wouldn’t hurt, as long as she didn’t touch or wreck it. She deserved that much, right?

The item in question was an unassuming brown box, which the young filly tilted her head at as she approached its resting place smack-dab in the middle of the floor. The box was taped shut at the top with some clear tape, but Sweetie figured that the conveniently nearby scissors would take care of that if need be. The container was just barely smaller than her herself, but something caught her eye as she circled it slowly, pondering to herself. Scrawled elegantly on the side in marker was one simple arrangement of letters that she knew all too well, as it was (part of) her name: “Sweetie”. Okay, now she had to look. It had her name on it for crying out loud! Who wouldn’t look in a box that had their name on it given the opportunity? Well, probably most ponies, she figured — but she wasn’t “most ponies”!

It took a bit of time and awkward fumbling, but eventually she managed to open the box and carefully extract its contents. A lot of it seemed to stick to itself, but with some good old elbow grease and a lot of shaking, the young filly managed to get all of the items laid out. Lying before her was an…”interesting” ensemble of clothing composed of a sleeveless leotard and matching socks (the rear ones with cuffs integrated), all made of latex, along with a small ring and a leash coming from what seemed to be a collar that was attached to the leotard. She was familiar with latex to a degree she wouldn’t ever admit from past ‘accidental’ discoveries in her sister’s room. Sure, none of the things made of it ever fit…but it still had a scent alluring enough and a wonderful property of stretchiness and shininess that implanted itself into her mind from the first time she ever got her hooves on it that she enjoyed its company nonetheless. In fact…why couldn’t she just try it on? Rarity would never know so long as she put everything back…

And so she set to work with dressing herself, huffing and blushing gently as she tugged each sleek garment onto her body. She noted with a sort of odd mix of excitement and surprise that these rubber clothes actually fit her, accentuating every curve of her body flawlessly, and hugging her tightly and warmly like she’d never experienced before. It felt amazing, even if the collar/rear sock cuffs were a bit strange just sort of being there. Come to think of it, where did the ring go? That didn’t seem to fit anywhere except around her horn…hm. Well, there it would stay for now.

“I didn’t know Rarity had this stuff…” she mumbled to herself, poking at the rather bizarre fashion choice of a leash coming from a collar that said “pet” (whatever that was supposed to mean here). And as a matter of fact… “…why does it all fit me, though?”

And then she heard a voice that made her freeze exactly where she was in the midst of admiring her now thoroughly shiny hooves:

“Because that outfit was made for you, Sweetie.”

Horsefeathers…now she was gonna get it.

Was there ever any more of this story?
Posted 1 years ago Report
Link Quote Reply 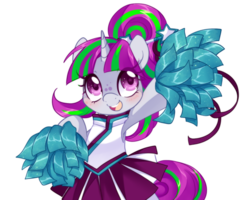 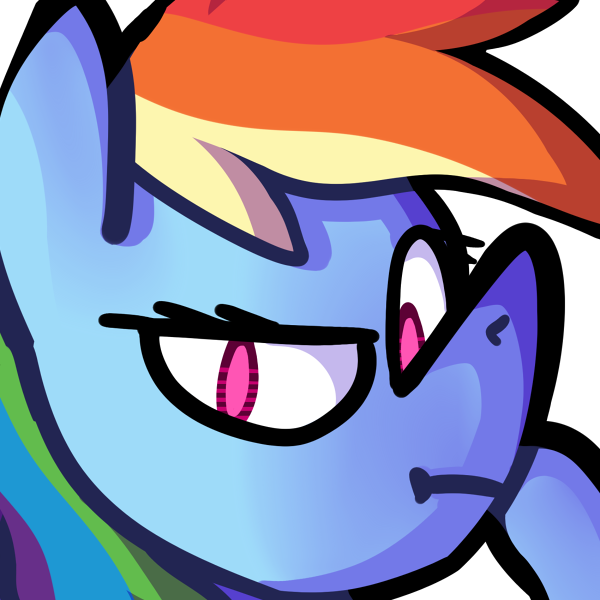