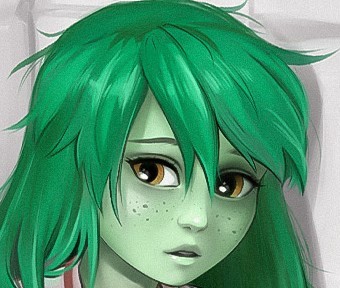 Mal Hearts
@Alexlayer
I don't have the link, but I posted my comment so a mod wouldn't have to.
Posted 2 years ago Report
Link Quote Reply

@Alexlayer
You know there's a thread to discuss this, right?

@Alexlayer
You know there's a thread to discuss this, right?

Eternal Flame
@Angrybrony
Would it, though? Cartoon Network just did some groundbreaking work with Ruby and Sapphire, and I've yet to hear of any controversy arising over that. Only celebrations.
Posted 2 years ago Report
Link Quote Reply

🔥Sunset is best girl🔥
@Alexlayer
sure if you want the show to just get unneeded controversy so you can get your shipper jollies.
Posted 2 years ago Report
Link Quote Reply

Yeah, you're right. For me, it's closed and I thank you for your intervention.

Busy - May not Respond
I think we should take a step back and calm; please, if you want to discuss rarijack or something alike, I recommend to go to this thread or create one on the forums. Images aren't the proper page to keep these kind of discussions.
Posted 2 years ago Report
Link Quote Reply
CandiCookie
Pegasis
@Spike_Lover

Don't waste your time on your Majesty.

Who said we don't appreciate the show for what it is?

Cartoon for little kids? Last time I checked it was meant for everyone. But okay, you are the Supreme Emperor…

>You know, cartoons for small children

Evil Emperor Proteus
Master of Science
@Background Pony #7674
Not until adults stop being so autistic and trying to push children out as the target audience of children's cartoons. They need to just get a fucking grip and appreciate the cartoon for what it all ready is.

@CandiCookie
>people who don't like my opinions are trolls
lol ok.

@Spike_Lover
Well you guys are acting pretty delusional. These replies you guys are making don't help either. You're actually defending lesbian kisses in children's cartoons. You know, cartoons for small children.

Oh we can leave poor Emperor alone… he's all sad he can't command other people's brains.

Geesh boy, take a chill pill. I've just said you can't deny there's some extra chemistry between the two, a chemistry not shared with the others.

I've also added that I PERSONALLY don't act like this with my friends, not even my closest ones. If someone blushes and is all lovey-dovey with its own, well… nothing to say. We aren't all peas in a pod.
Posted 2 years ago Report
Edited 2 years ago
Link Quote Reply


corrupting the series with selfish and foul taint


Are you for real?
You can stop your crusade.

One cannot love this ship, but denying there is something more than a good friendship is quite stretched. I mean, I personally don't blush like this with my friends, even my childhood and dearest ones.

Posted 2 years ago Report
Link Quote Reply
CronoM
@LoveRariJack
@Mane-iac
@Alexlayer
As much as I hate to admit it, and I don't like to agree with some of them, but on this picture they kind of have a point.

@Princess Luna is right. To clarify…

The theme of this POST, NOT the SCENE, is "shipping denied". That is the theme of the post, even though the scene itself is very juxtaposing in the sheer amount of shipping fuel in it.

For the sake of structure, they can't exactly have "shipping denied" as a theme tag, as WELL as having a shipping tag like 'rarijack'. Its completely contradicting.

One could argue that even shipping denied pics should have the shipping SUBJECT for the sake of organization, but if that's not the Tagging Mod's current system, then that's simply how it is. (And yes, it can be interpreted as they simply didn't go all the way but it was still shipping fuel, but that's not very exact)

We have dozens of rarijack posts where the theme is shipping or shipping confirmed for recent rarijack. Just not this one. Its not a big loss.
Posted 2 years ago Report
Link Quote Reply