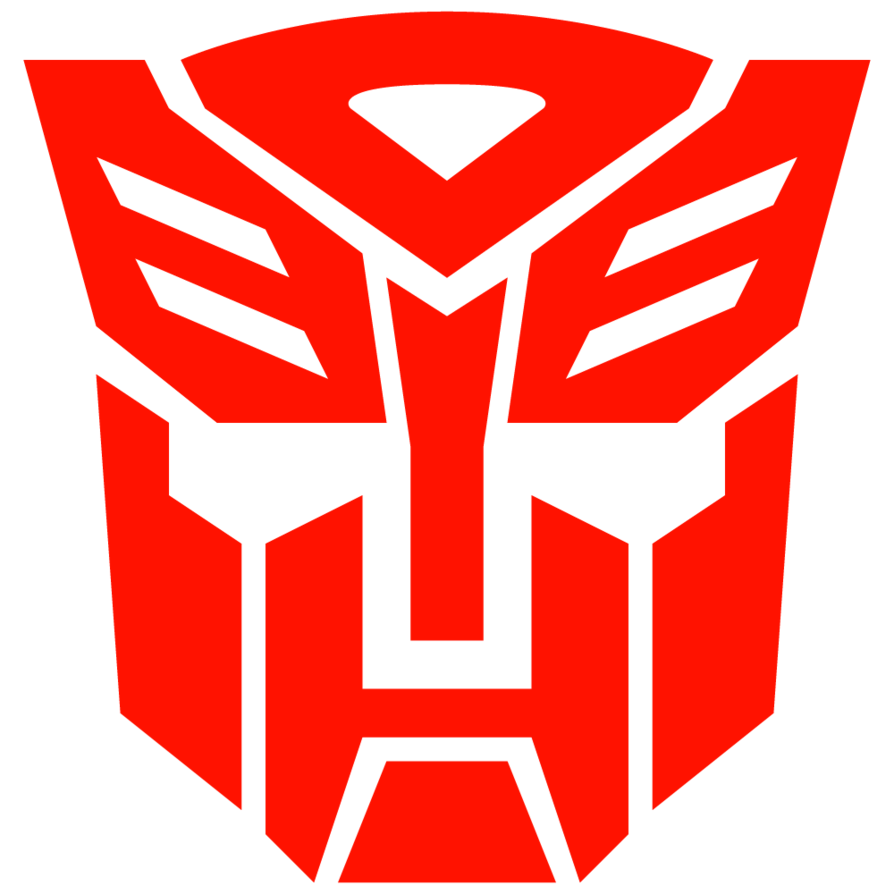 What's so bad about being religious?

If you ask me, being either morally or scientifically correct is infinitely better that being politically correct. You never know if an age-old law might suddenly be changed or created out of the blue and it makes absolutely no sense or reason whatsoever except “because someone’s feelings were hurt” or “we just feel like doing it”.

There's the problem: excessively relying on feelings rather than facts.
There has to be an equal balance of emotion and reason or 60% reason and 40% emotion. For some, maybe even 70% reason and 30% emotion. Then we will achieve mental harmony.

If we let reason control our lives, it has it’s pros and a few cons. But if we let our emotions control our lives, we can end up rejecting reality just to make ourselves feel good when nothing good is actually being done, or in some cases, it comes to a point where the situation becomes worse.
And if there is no reason to intervene, it might be too late.

Sciencepone of Science!
@Zendigo
Honest desire for level discussion, here; I'm something of a religious fanatic for truth (or at least the closest we can come to it) and thus honesty as well, placing them above anything and everything else.

I simply try not to use any gendered pronoun the one or two times I've come across one.

But the language, words, and concepts are made to refer to sex, and that's stamped into every cell of the body, the hormones that regulate fat storage, muscle growth, aggression and mediate behavior and even the very physical structure of tissues, nevermind the skeletal structure and the incomprehensible complexity of the brain.

It's not some made up thing and that's not only immediately and incredibly obvious but backed up by a lot of good science and even a recent major study on it that was nigh unto conclusive as if the proof wasn't down already.

And arguing the difference in-between "gender" and "sex" is a non-starter as if gender were truly the only issue, there wouldn't be a re-assignment surgery or a felt need to change details like the pitch of voice.

Honestly I do find it relatable, though. I actually thought the episode with crossdressing Big Mac hit it on the head. Perhaps I presume much now, but I feel like much of this comes about because men want to be gentle, cute, lovable and feel loved in the same way they love things like dresses and women, but rather than learn to truly accept themselves, feel like they have to become something else to attain what they truly want; something or other that they don't associate with themselves or their sex.

✨DRAW MORE FLEETFOOT✨
@Background Pony #4739
Retards that live through their children have existed since time immemorial, it's not surprising they'd find new vectors for it.
Posted 1 years ago Report
Link Quote Reply
Background Pony #0CBA
@Backgroundpony
And yet some mothers nowadays are claiming gender changing their child before they even given birth to it yet.
Posted 1 years ago Report
Edited 1 years ago
Link Quote Reply
Backgroundpony
@Zendigo
But "Not being a dickhead" goes both ways.

Popular target people that remember the person as male/female. The parents that are talking about their baby boy that is now a woman don´t do it on ill will. They just remember them that way.

Being transgender doesn't mean you think there are more than two genders. It means you identify as the gender opposite of your biological sex. The vast majority of transgender people still identify within the gender binary, as either male or female.

There's a difference between accidentally calling someone the wrong name/pronoun and doing it intentionally, maliciously, and repeatedly even after they ask you not to. "Don't be a dickhead" is a pretty good mantra to live by.

I think that even if you don't think trans identities are legitimate, it's not a hill worth dying on to insist on calling people by their old names/pronouns. For the sake of politeness if nothing else, refer to people the way they wish to be referred to.

I know I will not be able to sway your opinion on that, but I have to value the opinion of real people that I know are facing these problems over an anonymous blob on the internet that may as well play pretend.

That means in this case:
- I laugh about the people that unironicly think there are more than 2 genders
- If you talk to a transperson even if you misgender them you already have recognized them more as a person than people that try to be political correct on all time.
- You can only misgender people if you talk about them not when you talk with them.
- People that want to force everyone to call them by there chosen gender are narcist.
-Gender is not identity.

But hey I also don´t live in Canada where I could get in legal trouble for misgendering. And not in Russia where making more genders up not only affects the pronouns but verbs as well. Easily double or triple the dictionary if more genders would be accepted.

It's asking to be referred to as they identify. It's asking for basic courtesy.


Posted 1 years ago Report
Link Quote Reply
Backgroundpony
@Zendigo
I have talked with groups of transgender people and reflecting their opinion on this matter.

This "everyone around the world has to call me like I want them to call me even if they don´t know or see me" attitude is more recent development. entitlement can easily looked as narcism.

It's not always behind their back though. Have you never talked with a group of people?

Even if they're not physically within earshot (or able to see what you're saying, in the case of online discussions), it's hardly "narcissistic" to want people to call you the gender you identify with.

That's a far cry from wanting people to call you great or amazing.

Right, but they can still want me to refer to them that way to other people.

But I feel like it's none of my business, honestly.If someone tells me, "Hey, I'd prefer to be called this name and these pronouns now" I'm gonna respect them and do it. Why wouldn't I?

Well, if you are called anything other than "You" when people are talking to you, you got a different problem.

You can only misgender people if you talk about them not when you talk with them.

That's basically the biggest reason. A lot of trans people just can't get surgery. Hormone treatments are a lot more accessible, so a fair number of trans people do everything just short of the operation.

Some don't opt for surgery for other personal reasons as well.

But I feel like it's none of my business, honestly. If someone tells me, "Hey, I'd prefer to be called this name and these pronouns now" I'm gonna respect them and do it. Why wouldn't I?


Posted 1 years ago Report
Link Quote Reply
Background Pony #5167
Alexlayer, the "transphobia" tag has been removed three times by three separate people and you still insist on re-adding it every time. You're not a mod or the uploader, so if you really think the tag needs to be here despite its lack of relevance, you should be explaining why.
Posted 1 years ago Report
Link Quote Reply

✨DRAW MORE FLEETFOOT✨
@Bryce1002
As has been said before, because the intent is to treat "sex" as the biological factor, and "gender" as the social norms generally associated with a sex.
Posted 1 years ago Report
Link Quote Reply

A Jagged Metal Enchilada
@Bryce1002
and not exactly reversible.

And won't always get the results you crave. 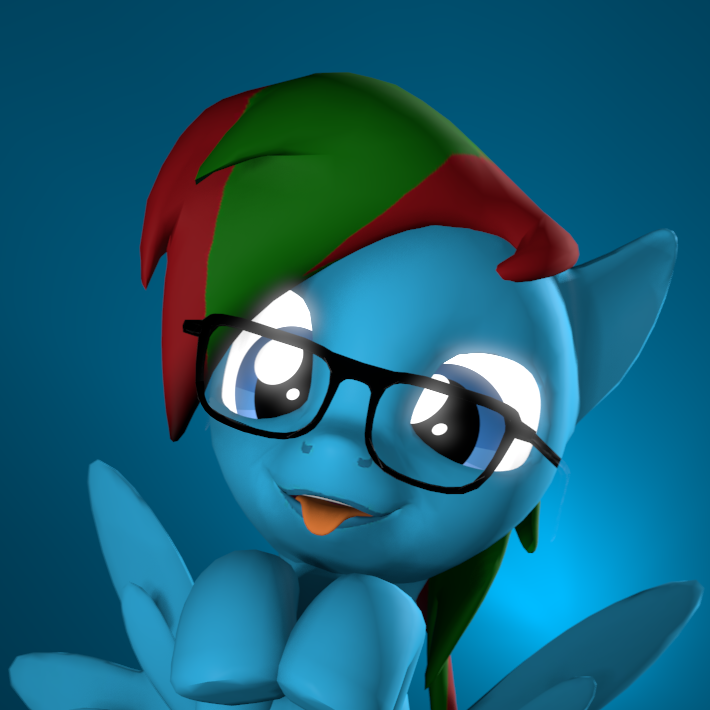 Gaymer Nurd
@Zendigo
But that's what's confusing me the most. Why would they say what they think their gender is instead of.. oh I dunno… surgery? I know it's expensive and all.
Posted 1 years ago Report
Link Quote Reply

Psychologically and — in some cases _ legally, no. Transgender people ought to be called the gender they're living as, rather than the biological sex they were born as. Just a matter of respect.

Gaymer Nurd
If ya have a dick, then you're a male. If not, then you're a female.
I'm not here to tell you people facts or to "get over it and grow a backbone" but in my opinion, this whole "feminism", "SJW", and "more than 2 genders" bullshit is just plain stupid and an easy way for them to lose friends and respect.
Posted 1 years ago Report
Link Quote Reply
Background Pony #9C90
@Background Pony #F5B0

SJWs are people who are mean and rude though. Hence the "warrior" part of their name.

It has nothing to do with their positions or beliefs. Words mean things.