Not even halfway through the season, and there's already 19 boops. I know of at least 3 more in the Mean 6, which puts it up to 22. I don't know about Marks for Effort though.

In case you're wondering, I couldn't fit them all in on this one.

There seem to be a lot of boops motivated by frustration and anger so far. Just in what has been shown so far, there have been 10 such boops. The only season that could match that was season 6, and we still have a long way to go in this season yet. I didn't think it was possible to surpass the 33 boops last season, but at this rate season 8 will blow it out of the water.

In other news, this is the third season in a row where Starlight got first dibs on boops. Of them, two involved Pinkie and one involved Spike. 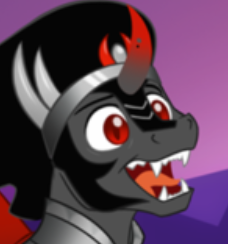