I couldn’t care less what’s on it, but I notice that it’s not rewound.

@Phaoray
Alternative media and doing your own evaluation.

@ArmadilloEater
(Looks at image.)
I hope is not that kind of rain…

Phaoray
@Edhelistar
We’ll never know unless we get that tape from Trixie.
Posted 4 years ago Report
Link Quote Reply

Kirin Flutterfan
@ArmadilloEater
(Looks at image.)
I hope is not that kind of rain…

Administrator
French Taunter
@Edhelistar
Well, that and going completely off the rails with unrelated discussion. Let’s rein it down everyone, ya?
Posted 4 years ago Report
Edited 4 years ago because: nothing to see here
Link Quote Reply

I think you need to question if you have a grasp on reality.

My argument is that everyone has a bias. People grow up believing in different things, be it cultural or religious norms. So why would you not expect those to come out regardless of who is doing the reporting? I understand that most large news media has a more self aware bias, many being owned by corporations or people with political ties to parties, and small media would be less likely to have those ties. So long as they stay small and alternative sources at least.

To deconstruct an argument made by a reporter seems rather odd. Or, more something you could not expect your average person to care enough to do. An example would be that I have watched a story on MSN, and then watched Fox’s angle on the story, with full knowledge they both have certain bias’s. Even if I decided to spend the time deconstructing both sides, I can’t cross examine their points of view unless I watch other sources, and by that point I’d start consider someone to either have too much time on their hands, or to be paranoid.

I tend to watch or read 2-3 articles on something and then hope I have enough to vaguely understand what probably happened. It won’t help in an argument if only because I don’t actually know which of those three reports was true beyond the basics sadly. Or at least, that is my point of view.

@Phaoray
I think you need to question if you have a grasp on reality. You sound incredibly paranoid, and being down that road myself, it’s only going to create more issues. Be skeptical, not paranoid. Arm yourself with the tools to deconstruct arguments, and not simply with the knowledge that one source many be more credible than the other.
Posted 4 years ago Report
Link Quote Reply

Alternative media, do you believe they also won’t have bias’s or their own agenda or interests? Things they believe in that will affect how they report? You should always do your own evaluation, but what does that even mean in the end? You look up what is construed as the facts from several different sources and try to piece it together for yourself? That is also a very flawed system of going on your best guess as opposed to what actually might have happened.

I have looked up things from multiple different news stations and internet sites before, in the end, it just seems to be who you want to believe over the other sadly because getting one person’s truth is easy, but finding out which person’s truth is what actually happened is alot more difficult. 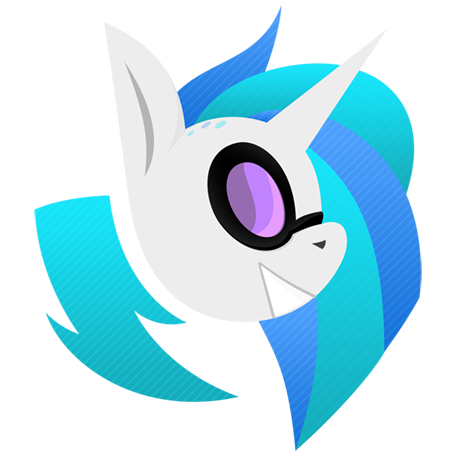 Phaoray
@Psy Key
News became a commodity that was sold to bigger companies and political factions over time. It sucks, but the reality is that everyone has a bias. Mom and Pop news stations don’t really exist, and if you get rid of the news stations, then you are kind of living in a vacuum with no information at all. The source, Trump or any other political person, isn’t going to tell you the truth, so I’m not really sure where you’d get vaguely honest news if the news stations disappeared.
Posted 4 years ago Report
Link Quote Reply

@Phaoray
I think the bigger issue is that the tape was never released. You’d think if media had it, they’d just release it as proof of what they’re talking about.

This is why mainstream media, even news paper now, is completely misinforming and bias. They’re backed, financially, by the political agenda they support, and in turn this makes it so they keep getting funding if they keep up their political agenda.

I remember when news meant that you were informed of the house that burned down 5 blocks from your house. News meant you were informed about the wage rising for workers across the state due to a stronger economy. Now it’s all politics, and it’s becoming such an issue that sooner or later, and entire overhaul will be needed to keep America working again.

And it starts with getting rid of news stations as a source of reliable information. No viewership means no money, means they fizzle out.

Phaoray
@Ebalosus
No idea who R. Kelly is, but I suppose many people besides Trump have had pee tapes done. : )
Posted 4 years ago Report
Link Quote Reply

@Ebalosus
I’m talking about the whole “Trump and the pee video” scandal that people freaked out over. Mainly, the media.
Posted 4 years ago Report
Link Quote Reply

@Ebalosus
I think a lot of people still believe such a thing must exist. Sorta funny.

Even if it did, why should any intelligent individual care? Run the country in a way that best represents the wishes of the people, and I couldn’t care less what you enjoy.