The Apple herd is one of the larger ones on the steppes. This is because when an Apple marries, they usually bring in the spouse’s herd to become a part of theirs.

5 comments posted
Background Pony #7088
I imagine this au would have Earth Ponies being something of a juggernaut. They can go the longest without sustenance, rest, water, and protection from the elements while carrying at least a body's worth of weight.

Same for pegasi,they can long distance can glide like an albatross and can cruise at high enough altitudes to scout out dangers for miles out. Also, their ability to manipulate clouds makes the presence of fresh water and hazardous storms a considerably reduced hazard.

Unicorns would have the advantage of setting up sensory spells at a distance, to act as an extra early warning system when scouting and fight would be less preferable or successful. The extra brain activity also means unicorns can sleep lying down, but still have 50% of their brain perfectly active to appropriately respond to danger. 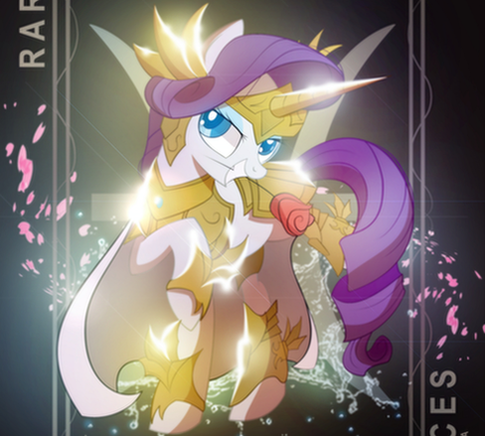 Worldbuilding Addict
Artist's description for this part of the AU. Any chance it could get added to the image's description?

The Apple herd is one of the larger ones on the steppes. This is because when an Apple marries, they usually bring in the spouse’s herd to become a part of theirs.

So when this trio of siblings lost their parents, their family had their back. When they lost their matriarch, Granny Smith, (nomad healthcare isn't exactly the best) many of the older mares squabbled among themselves about who would take on that role. While they fought and argued, AJ did the work of the matriarch. Nowadays, she's the defacto leader while the elders make most of the decisions in conference with each other. When they can’t agree, AJ decides.