/r/ ponyfy this
cmc and anon

Chase on Gorillaz
Checkmate
Posted 1 years ago Report
Link Quote Reply
Background Pony #3D37
@Background Pony #1A0C
If you think you have a good idea, you have to do a write up and diagrams and maybe calculations depending on what specific things you want to patent. Search up APA style patent writing. Btw patent writing is an art, it's not exactly easy, i'm an engineering student and there's a whole subset to engineering that deals with technical writing including patents. But the good thing is, a patent doesn't actually have to work, it just has to not be a thing already. Perpetual motion machines get patented all the time, and we all know how well those work.

No the manhole cover launcher is different. I'll have to find the article snippet i found about the soviet project.

Posted 3 years ago Report
Link Quote Reply
Background Pony #ADB5
@Background Pony #1E7C
Hmm. I spend too much time thinking about stuff like this. I even have an idea for a novel material to be used for HEAT charge liners, but have no idea whom I would speak with to get a patent, or donate the idea to the government, and anyway maybe it is obvious and other people had my brilliant idea before I did.

Also, are you talking about the Nuclear Manhole Cover Launcher?

Posted 3 years ago Report
Link Quote Reply
Background Pony #3D37
@Background Pony #1A0C
"WWII era sources described shaped charges as creating a jet of molten copper"
That is sorta correct, but the purpose of the jet isn't specifically to penetrate, if that jet was just to penetrate the armor, it would only create a hole of mere millimeters (couple hundred thou for the imperial folk.) The point of the jet is to deliver a lot of energy in a very small area, and then the armor deforms under the shear energy. This is why yes heat rounds do lead to holes in armor, and this is why people think it's the copper jet doing the hole making, really it's the armor deforming under a lot of energy. It's shearing. I read a good army research paper from the Aberdeen proving grounds dating 60 something, and i'm trying to find it. It was specifically on the effects of HEAT rounds and shaped penetrators. They showed the armor itself was yielding under the energy and not the penetration by copper by actually trying softer materials than rha. The softer material deformed more and sometimes yielded completely instead of shearing like the harder materials did, so they weren't penetrated, but where bent out of shape.

Self forging projectiles operate on a very similar principal but use a stronger material or less energy or allow larger caliber (more strength) projectile. Copper deforms easily and transfers energy readily, that's why it's normally the material of choice for HEAT. But at the ludicrous amount of energy HEAT operate at destroy it's "penetrator" very quickly. Self forging projectiles are actual projectiles, their purpose is to penetrate or function as if a bullet would. They're principal is the same as HEAT, but i think the diffrence is energy.

There's a theoretical soviet self forging projectile weapon thought up to shoot down either very advanced American space ships or aliens, reminded me from reading your post. You create a hole in the ground and line it with concrete very precisely, this has to be a very strong pressure bearing vessel. Then you fill the hole with water, a very specific calculated amount of water. Now you float a nuclear bomb at the center of the hole, and cap the hole with a copper or high yielding material.

When required, you detonate the nuke, the nuclear bombs shock wave will impart a force on the cap to become a self forging projectile, but more importantly, all the water in the vessel (that you perfectly calculated and filled) will immediately vaporize and create a huge force on your capped projectile, launching it at insane speeds.

The only existing drawing I've seen of this calls for the tsar bomb in it's 50 megaton state, which would have created a projectile traveling some double digit percentage of C. A Russian, relativistic cannon, and that is really neat.


Posted 3 years ago Report
Link Quote Reply
Background Pony #ADB5
@Background Pony #1E7C
Well, different sources give different descriptions based on things we are still largely only guessing at happen in a tiny fraction of a thousandth of a second.

WWII era sources described shaped charges as creating a jet of molten copper (or whatever was used—some antitank weapons of that era used a shaped charge lined with tin, and there were German Panzerfaust warheads with a glass liner, due to metal shortages during the war—it worked pretty well, too), copper vapor, and copper plasma that traveled at 10+ km/sec but which also dissipated and disintegrated after less than two meters.

What you are describing sounds more like an explosively formed penetrator, or, depending on where you are in the English-speaking world, it could be called self-forging projectile, etc. These don't have the hollow cone geometry of the HEAT round, with a large cavity. The ideal geometry for the metal liner that becomes the projectile is a shallow spherical section. For example, one favorite in Ramallah about ten or twelve years back was a section of concrete sewer pipe with an internal diameter of around twenty centimeters. They'd pack ten or fifteen kilos of plastique into it, put detonators centered in the plastique at the rear, and cap off the front with a 20cm section cut out of the center of a brass cymbal, dished side facing back. This one would detonate creating a semisolid, partially molten brass dart going that-a-way at 4 to 5 km/sec, and which would travel 100m or more before disintegrating from air friction. Within 20 meters it was supposedly capable of destroying any AFV in the world today, including main battle tanks, if it hit just the exactly right place at just the perfect angle. Just as copper is nearly perfect in HEAT rounds (though not as good as pure molybdenum), brass is outstanding in SEFOP, as is malleable soft sheet-iron, though liners of a rare metal called tantalum are manufactured in some nations for high-dollar precision guided antitank weapons.

They need a scapegoat.

Heretical Inquisitor
@Background Pony #1E7C
I was aware of the range, but I didn't know the whole HEAT thing, glad you've explained it to me.
Posted 3 years ago Report
Link Quote Reply
Background Pony #3D37
@infinita est lux Solis
If you're gonna try to be an expert, at least get the technicalities right. A HEAT round has very little to do with molten metal, it actually uses something called the monroe effect which forces a copper cup to become a rod traveling somewhere in the ball park of 2km a second. It doesn't even really penetrate anything, copper is soft it just dents the surface of the armor, what happens is spalling and extreme deformation from the energy of the projectile. HEAT is just a convenient acronym for High Explosive Anti Tank. Same with RPG, it actually stands for Ручной Противотанковый Гранатомёт, which translates somewhere around hand held antitank grenade launcher. Rocket Propelled Grenade is a English backronym.

Also it won't detonate at this range, the RPG needs 10 meters to arm.

That sucks: The last thing you see before dying is your dignity and manliness being melted into nothingness.

Does that mean that cold water wouldn't heal that burn? Geez.

Heretical Inquisitor
@Twi_Clown
What's worse is that it's an H.E.A.T round, it fires a stream of molten copper into the target, melting through the armor and sometimes coming out the other side, burning anything it touches on the way through.
Posted 3 years ago Report
Edited 3 years ago
Link Quote Reply

Well, it's still an explosive projectile. It's clear that anon is having a bad day.

Works on so many levels.

^ OMG, it's OMQ!!
And that's how you countermeasure a pocket rocket!
Posted 3 years ago Report
Link Quote Reply 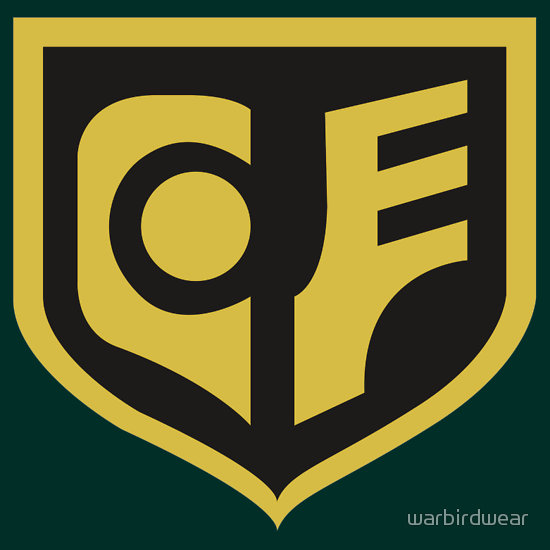 Ghost of Zeon
Captain
@Painfulldarksoul
Dude they also have mecha!

On a side note the above picture is a pilot in the free to play app game Goddess Kiss and her bio says she is 20!