82 104 90 14 13
Subscribe
Galleries
Featured in
Sign in to create a gallery
Related
View VS Download DS
Uploaded 3 years ago by Schorl Tourmaline
2500x3000 PNG 3.61 MB
This image is blocked by your current filter - click here to display it anyway 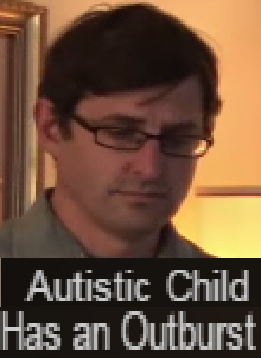 NoOne/Nobody
SHITPOST MAFIA
@Schorl Tourmaline
Lel.
Nice reply there, mate. I remember reading the whole Rarity story not too long ago, actually, and my impression was that Rartiy thought that the whole thing was just consensual, between ponies, aristocratic lads playing their little sex games, since Coco couldn't tell her about it's actual nature.

Schorl Tourmaline
@Background Pony #13F4
You know… I was will you until you started showing you don't understand my material at all_. But hey, Ill be glad to explain.

First, the thing you got right. EqTS, by merely being a BDSM involving torture, slavery, and rape, can be considered an "edgy" setting. However, you say that like it's a bad thing. There is nothing wrong with something being edgy just for the sake of being edgy. Places like Hot Topic show that edgy can be a desirable trait, because everyone has their try hard edgelord side, and some people like to wear it on their sleeves. Games like Warhammer 40K and Overwatch show that edgy can be a marketable commodity, because it appeals to a niche crowd of people who would otherwise not get their daily fix of edge. So while I'll agree with you that my setting can be considered edgy as fuck, I don't know where you are going with this.

Now for the parts where you are objectively wrong: A.K.A. everything else you said.

Will this be different from any other takeover setting? Maybe not, but have you ever thought for a moment that this isn't suppose to be a takeover setting? That maybe this setting is more about Social subversion, and that the Society is more about ponies exploring their dark fantasies through less than legal means? The entire point of the Society, from Schorl's (the character)viewpoint is to have a way to support her own hedonistic and perverse desires by running a business that lets others do the same. Is she manipulating people, of course she is, but in no greater way than any other business does in order to get their target audience to buy their product. It's the reason practically all the descriptions I make for images is presented as commercial of sorts endorsing a certain function of the Society.

And wow you are assuming a lot off a single image, the one that I must point out is the only image in the EqTS stuff that specifically says "This image is non-canon". Ponk wanted to draw an EqTS related image, they wanted to do one with Luna, and I saw no reason to tell them no if they wanted to do so, but as it was put in the description, that image has no bearing on the story. Why do you even assume that Schorl wants to "put them in their place"? What if she thinks one, a few, or all of them have potential Society members? I'm not saying she does, but these are what we in the biz like to call "possibilities", and these are things you are ignoring in order to make frankly unfounded claims so you feel like you know something about what I'm going to do, and portray my setting to be generic. I'll ignore the comment on Rarity, as most of it is just opinion anyways, and I believe most people saw her method of conversion to be fairly legitimate, and if a few people think otherwise then why should I care?

The Statue's logic is fairly simple, but I'll explain in simpler terms so you're half GHz processor doesn't pop. The idea of the statue is two fold, first being an expression of freedom (which yes, it is suppose to be ironic seeing who is making such a statement), and the other being a declaration that power doesn't equal superiority. As you said, in Schorl's eyes, the strong should lead the weak. However Princess Celestia is a "Figure of strength" that is actively squashing such a philosophy with her want of "harmonious equality" (at least in this rendition of what Celestia represents in the MLP universe). Therefore, she is preventing what Schorl sees as the natural order. A wolf telling the other predators not to eat the lambs that are just there for consumption, which is making the whole of their "food cycle" weaker for it as the carnivores grow weak from lack of sustenance and the prey creators grow lazy and fat from lack of a fear for their safety. As such, it only goes to prove that not all who are born wolves have the natural traits of a wolf, and may merely be a dog. To put it even simpler: Just because Celestia, or any alicorn for that matter, has power, that doesn't mean they have the qualities of being a dominant figure. The princess, as Schorl sees it, has created a societal system that only does one thing, squander the potential of Dominants and Submissives alike, and if that is the only use for her power, than she probably shouldn't rule, and maybe she would be happier being a submissive if that's the case, just as a "princess of submission" would in such a positions. Then again, as said in the description of that image, even most of the members of the Society see that as just a silly thought created by Schorl's eccentric nature, and they feel there is no real credibility to it because, again, the Society is not a group seeing to topple the current governing factors. They are a group of rich aristocratic who have a shared hobby of BDSM and enslavement, some more deeply than others.

And as for the last bit. I never said that I wanted this to be real. God, if this setting were real, most people would be in an awful lot of trouble, including myself because I am no where near being a dominant figure in real life. The closest thing I had said eluding to that in the thing you decided to reference was a tacked on statement that said "Because I sure would love to have people serve me hand and foot for no other reason than because I legally own them", which was clearly a joke and something given a negative connotation when put with the rest of what I said there. But let's explore this a little further, shall we. If we are talking about a hypothetical world in which a person is able to own another person through means of legal and binding measures that would be seen as agreeable by what could be considered a just (if slightly uncaring) governmental system, then would I think it's ok to own a person? Eh, sure, why not? If one can own literally every other animal under the sun, what difference does it make if it's a person so long as there are systems in place to monitor and help prevent abuse of said enslaved individuals. We live in a world were a person can contractually own a person's time, thoughts, labor, property, image, and pretty much everything about a person, save for the actual "person" themselves. If one were to just take that tiny step forward to make it into full fledged, yet legal, slavery, then what difference would it make?

Anyways, I hope that helps you to understand things more, because god were you way off before hand. Hope to see you soon, maybe with a more open mind and less of a need to hid behind the anonymity of the "Background Pony" function.

Posted 2 years ago Report
Link Quote Reply
Background Pony #4C66
@habitantunholycity
Edgy, by definition, is to be "experimental" or on the edge of a trend, it's from "cutting edge." The internet's use of the term negatively denotes someone that's joining a bandwagon that's simply not all that popular for the sake of "I'm into that." Thus, My Little Pony does have a lot of fucking edgelords that are into this kinda stuff, simply because "Well, the setting has so many possibilities for it!" And for every opportunity that these people see they have to ignore large chunks of setting or details to make it wiggle in.

Not that this will be any different than the other generic takeover nonsense by the end. Pretty sure we got spoiled on that with that image of the creator's OC watching Rarity lick out what the tags claimed is Luna, and the stories already say that Rarity, the most unlikely of all the Mane Six to get roped into joining an impossibly large slave trade, has joined them. I give it … well, at the author's pace maybe a few more years and we'll see the princesses all captured and fucked silly and "put in their place." Despite that one statue image being contradictory (So, the strong rule the weak, but the princesses are strong, yet the Society sees them as their "enemy" for enforcing their will on the people? Isn't that … literally what they're doing to others because the strong should rule the weak? But the princesses are strong, so they rule you, so you should do what they say, but you aren't. Fucking logic. Thank god we aren't robots or that'd blow our AI.)

Anyway, it's just edgy fantasy that the Schorl said she wishes was real. Seriously, Bruised Apples, the one chapter that's a whole Author's Note. Admits she wishes that people would cater to her every whim because she owns them. Not phrased in terms of a fantasy. As in a "If it were legal to own slaves, I wouldn't have a moral issue with owning them."

This cykas my blyats
@Schorl Tourmaline
That's fair.
I mean, I'm not gonna like it for personal reasons, but that's fair.

Schorl Tourmaline
@Deserter
well not to be technical about this but clears throat if you look at the images for this setting you'll see that it is not a "new" setting. It's been around for years now. Also, I really like platformers_. Just because there are a lot of them doesn't mean they are inherently bad. You should take your games at a case by case standard, and see if they are actually good before shoving what could be game of the year into the discount bin. I think I lost control of that analogy at some point, but that doesn't really matter :P.
Posted 3 years ago Report
Link Quote Reply

This cykas my blyats
@Schorl Tourmaline
Yeah, no, I'm aware that I'm not gonna stop anyone from doing this stuff, but it's like, do we really need another one?
I mean, I know competition is the essence of innovation, but it feels like the fucking 90's back when every other game was a platformer, there is more than enough to go around at this point.

Schorl Tourmaline
@Deserter
Well this is nothing new. People have liked these kind of dark kinks for some time now. It's not really that big of a deal though, fantasy is fantasy, and people are going to like what they like. I can understand if you don't like it though, and respect your opinion. That's not going to stop more stuff like this from being posted, but I get why you felt the need to post a comment against it.
Posted 3 years ago Report
Link Quote Reply