potato wizard
The english in this is unbearable to look at.

As if 3 minutes searching the net to make sure your phrasing is correct is just too much work.

Certified pony scientist
I expected to see comments relating to the somewhat poor English, and instead there's that.

In fact I'll just stop here, neither of us is going to get anywhere.

Deletion reason: Rule #6 - off topic discussions should be in the forums
Posted 3 years ago Report
Link Quote Reply

Site Moderator
Artist Concierge
@chubbyninja89
@Background Pony #17D1
Both of you cut it out and take it to PMs, or I swear I will turn this booru right around and neither of you will get to go to DiddnyWurl.

Ok but I actually gave a valid point that I can back up with evidence, and you just let loose a barrage of insults with no backing or real point to it other than "I don't like gay people". What you're doing is frankly homophobic.
StarBurst is a disgusting ship, and I hate to see the character tag filled up with this kind of shit.

@Background Pony #17D1
You know that just saying what I said back doesn't make your "point" right? It's just childish and show you have no actual point or anything to come back with.

But all this homosexual nonsense is just stupid. Because you guys feel you have the right to try to force it onto everyone else, which is what makes it all the more stupid. And don't try to defend such stupid crap.

But you did try to start something, because you just "HAD" to say Sunburst is gay, and want to be serious about it.

Tbh not really. Sexuality is a spectrum, so it's likely that most of the people in the world feel at least partial attraction to both genders. But I mean, do whatever you want, I guess. I didn't comment to make an argument, but if y'all are gonna start one, have fun.

@Background Pony #17D1
Neither was I.

The Tastiest
That pout is just about the cutest thing I've seen all week.
Posted 3 years ago Report
Link Quote Reply 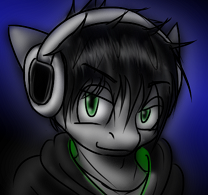