Derpibooru Community Collab! It is time for us to make another community collab image! Let us all have fun and draw some pony. Learn how to participate here.
175 238 235 3 2
Subscribe
Galleries
Featured in
Sign in to create a gallery
Related
View VS Download DS
Uploaded 3 years ago by Lok'laj Q'aq

“In a private room, at the back of a bar in Manehatten, a human, collector of rare items, offers to trade an extremely rare and expensive bottle of perfume to Queen Miasma.
The human knew WHO and WHAT the Queen was; he also knew of her love for rare and expensive items, especially perfumes. He also knew that he wasn’t as much at risk of being kidnapped or being turned into a husk, since the Queen would view him as an asset.
It wasn’t long after the trade initially began that Miasma started to taste subtle, but potent, amounts of lust coming from the human.She couldn’t believe her luck, not only was she going to be able to “pay” for the perfume, and any future perfumes, but the “meal” would be on him.
After transforming, Miasma caught the human eyeing her mouth, and the rest from there is pretty much exactly what you’d get from a sexy, and hungry, Changeling Queen.“

I do wonder, how would a still-predatory/parasitic Changeling react to someone who revealed that they knew the truth about them, but they still wanted to have a relationship with them?
Posted 3 years ago Report
Link Quote Reply 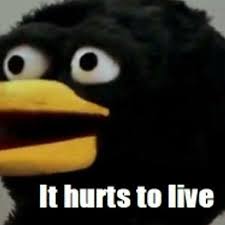