Miss Roberta Sonichu does the Impossible 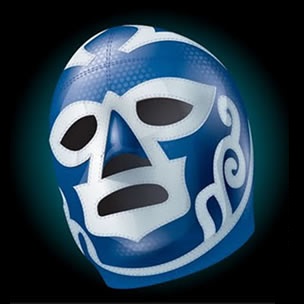 Cute wittle skunku
@Anonymous Animus 2
Probably won't release it 'till later, but frankly I'd prefer a console version. A Mobile version would be nice, though for now the Switch version is the only somewhat-portable version.

I hear Renegade Kid offered to port "Mania" to 3DS, but sense they apparently went out of business that'll likely never happen now.

I'm waiting for "Plus" to come out. I'll have to play it on my nephew's Switch.

Cute wittle skunku
@Anonymous Animus 2
I believe Prower was one of those "retro-Sonic purists" much like Kuta & such were. He constantly badmouthed Sega on his DA page, made rants about how every newer game they make is automatically bad, how they're "killing Sonic," how he should be in charge of the franchise, how he understands what every fan wants, and such constantly… He hated Sega.
(Surprisingly, there's alot of Sonic fans like that around.)

Yet, somehow expected Sega & Sega of America were going to allow him to make a full-length official Sonic movie…
I remember I asked him how much professional film-making experience he had. …He answered zero.
Yeah, Sega is really going to allow some random guy off the street (and one who badmouths them constantly) to handle one of their most popular franchises…
He claimed his movie was going to combine the game canon, with the SatA.M. cartoon canon, and some other official Sonic canons in order to unite Sonic game fans, the cartoon fans, ect. together. (If anything that would just piss them off, like the game fans who hate the SatA.M. cartoon, or the SatA.M. fans that hate the game characters.)

There actually is an official Sonic movie due out next year. One good thing about it is, neither Prower or Kuta are making it.


Almost every movie trailer does that lol. Anyways,this "Astrit Prower" guy thinks that he could save the franchise and create Sonic games in a correct way? What correct way? Classic, Dreamcast or Modern?

Cute wittle skunku
@Anonymous Animus 2
Indeed, in fact, Kuta bugged Sega of America (he even apparently actually tried to visit there in San Fransisco) so much to let him make a Sonic movie, they sent him a letter asking him to stop.

I remember actually reading his overview for his Sonic trilogy. (If you're making an official movie it's not a good idea to give away the whole plot online.) It was almost as bad as Ken Penders' rejected movie pitch.

Oddly, he wasn't the only spaghetti-fest who had delusions of making an official Sonic movie…
Another guy called "Astrit Prower," or something was even more delusioned then Kuta. He constantly badmouthed Sega on his DA page, (while expecting them to allow him to make his own official Sonic movie) was asking for support, kept preaching on DA about how his official Sonic movie idea was "so great," and would become so popular that it would unite the divided Sonic fanbase together, spawn it's own games, cartoon, comics, merchandise, make him rich enough to eventually allow him to take over the entire Sonic franchise from Sega, and make the Sonic games the "correct way," and save the series.

Eventually, his plans didn't work out, and he deleted his DA page, and you can't find anything about him anymore. He completely disappeared.

I find it so depressing especially the Julaaaayyy saga. But the Liquid Chris saga is so funny for me. And also Richard Kuta? Isn't that guy who wrotes about his own "Sonic movie" and wears a diaper? (I read it on Encyclopedia Dramatica)

Sadly, he's not the only one who hated the game based on blue arms, and not because of the game itself.
It's basically like how Sonic fans went nuts over that anti- "green eyes in Sonic 4" bandwagon. (I blame Nicochi & Richard Kuta for popularizing that) Nowadays, Sonic fans use "green eyes" to mock the retro-purist fandumb instead.
Can't wait to see fans go insane with rage once they finally reveal the upcoming Sonic movie. (Due out next year.)

Posted 3 years ago Report
Link Quote Reply
Anonymous Animus 2
@Beau Skunky
I unintentionally skipped to Part 9 of the multi-part documentary but I'm planning of finishing the other parts (even though it will cost my sanity. Oh wait nevermind. I'm not sane anymore). And it's so weird and funny that s/he's so pissed off about Sonic Boom because of Sonic's "blue arms" and not the Wii U game itself.
Posted 3 years ago Report
Link Quote Reply

Cute wittle skunku
@Anonymous Animus 2
Chris is pretty well-known amongst Sonic & MLP fans, but yeah, I feel a li'l sorry for Chris, despite doing some cringey, or bad things. (Got banned from a Game Stop for defacing "Sonic Boom" ads, and pepperspraying an employee unprovoked, which is assault BTW.)
They do need serious help.

There's actually an interesting unfinished multi-part unbiased (for the most part) documenary on Youtube about Chris, even chronicling their childhood, and looking into why Chris is the way they are. Here it is. Interestingly, he actually won a Sega/KB Toys game contest as a kid back in the '90s.

Cute wittle skunku
@Anonymous Animus 2
Same way everyone else does, most bronies or Sonic fans know who that is, and use Chris' as an example of "how not to act as a fan of something."
Posted 3 years ago Report
Link Quote Reply
Anonymous Animus 2
@Beau Skunky
That's not what I meant. What I'm saying is that how did you know about Chris(tine)-chan?
Posted 3 years ago Report
Link Quote Reply

So is this the new Sonic comic IDW will be making?

A subhuman piece of shit like him has no right bragging about anything, let alone the existence of his fucking abominations.

Posted 4 years ago Report
Link Quote Reply
Whonk
@Background Pony #6869
He just got motivated to work on it again. The funny part is that even the characters themselves seem shocked that Chris did a 180 on homosexuals and the new episode is about a "SLGBTQ" festival (because Chris thinks it should be about love and tolerance of all orientations now or something).

He's into MLP and the first EQG movie supplanted The Adventures of the American Rabbit as his second most favorite film of all time (his favorite is Mary Poppins). He thinks ponies are real and exist in an alternate dimension. He literally just tried to insult the President by saying he wasn't as rich as Scrooge McDuck.