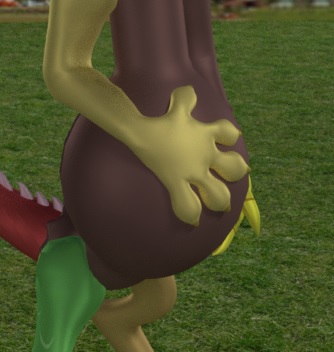 Honestly, a lot of the show/comics seem to promote some light racism/specism
Posted 1 years ago Report
Link Quote Reply

Cute wittle skunku
(Nevermind.)
Posted 3 years ago Report
Edited 3 years ago
Link Quote Reply
ShimmeringGloriously
@Background Pony #DA03
Thread necromancy! Yay
Posted 3 years ago Report
Link Quote Reply
Background Pony #DE7A
To this day I still don't see why people relate this to Twilicorn. She was a unicorn, she was never meant to fly unless one-in-a-million magical deux ex machina took place. Spike is a dragon. Specific situations aside, it would be natural to expect him to have/grow wings, as its a widely ingrained part of the modern western dragon image. Most people I know that don't usually watch the show and see "Spike the Dragon" for the first time, usually asked me "why doesn't he have wings?". And I always feel it's a legitimate question, since wings are usually as common as firebreathing when one thinks of a dragon.

it would do nothing to make him "better" as a character,

That would depend entirely on how they handled it, right? Growing wings would mean he's growing up, which in turn would open them up to more possibilities to explore his character beyond the usual, something they seem to attempting with other characters lately. Small wings would be a good way to illustrate growth without actually having to start making him bigger.

add nothing to his personality

I disagree with this. It'd be very likely that growing wings would give him more confidence, which would open new dynamics with the other characters, or make him attempt different things that he wouldn't have before.

Point is, they're a part of their anatomy that "gives them more freedom and independence", so for him they'd perfectly represent something akin to reaching puberty and slightly altering his personality. It doesn't necesarily have to be bad, but its a natural part of life as much as any other issue the show tends to explore. It would also be interesting to see how Twilight and the others would adapt to their group's "little brother" being maybe a bit more rebelious for a while.

lose some of his uniqueness

Yet a lot of people have been on the edge of their seats for the time Scoots finally flies. That would make her lose her "uniqueness", but people want it. Its normal to want your favorite characters to develop and go beyond. For the younger ones, that sometimes may involve slight physical changes.

Cute wittle skunku
@Hebbocake
I'm not even complaining about Twilicorn. I'm just saying I don't think Spike needs wings, it would do nothing to make him "better" as a character, add nothing to his personality, lose some of his uniqueness, and I'm fine with him being how he is, and it might just cause more fan drama, that's all I'm saying.

When I have several people giving me crap about a certain character, then it's understandable why I'd get a li'l sick of talking about said character.

Well, I apologize if I seemed passive-aggressive, that's not my intention.

Posted 4 years ago Report
Edited 4 years ago
Link Quote Reply
anonymous_user_08sept20
@Beau Skunky
I didn't find it an attack, but excuse me if I get annoyed when you repeat the same fucking complaint about Twilicorn multiple times. I'm not even searching for it and you're everywhere.

Just reread all your Twilicorn comments, it's passive agressive in some way.

You get sour on a character because of other people? Seriously? .

@Hebbocake I don't get it, others here tell me they think I'm a nice guy.

Josh103
I find it hard to care about Spike for some reason despite his role in Twilight's life.
Posted 4 years ago Report
Link Quote Reply

Cute wittle skunku
@Hebbocake
Yeesh, I'm sorry for having a different opinion then you, and not wanting another "Twilicorn" situation… (And I have a bad memory problem, so forgive me if I tend to repeat myself. It's something I can't help.) If you guys want him to have wings, that's fine. I don't, and I have my reasons too.

And how am I "passive-aggressive?" I always try to voice my opinions in the most polite way possible, yet people here like you still try to pick fights with me, or accuse me of things, or whatever. I don't get it, others here tell me they think I'm a nice guy.

It's bad enough some random guy sends me a batshit insane argument via private-message the other day, (citing that fanfics are "proof," that the Mane 6 are "abusive" to Spike, yeah don't try to make sense of that…) but it's starting to sour me on Spike, and his fans that they get upset so easily. (And I don't wanna be soured on him, because I like Spike too.)

@Beau Skunky
Good for voicing your opinion, but can you shut up about Spike's wing situation? You're ALWAYS complaining in an annoying passive agressive way on almost every picture or reply talking about his wings.

Abandoned By Hope
@Beau Skunky
>Add nothing to his personality
Yeah, if they wrote it as such

>nor allow him to do more then he already does
Except Fly. And possibly be a more (physically) mature dragon.

>He’s fine the way he is.
Never stopped anything from changing.

Cute wittle skunku
@Hebbocake
I like him just fine without 'em personally.

As I said we don't need another character spontaneously growing wings. It will add nothing to his personality, nor allow him to do more then he already does. He's fine the way he is.

Cute wittle skunku
@Background Pony #DA03
What's wrong with that? Not all ponies have wings, why should all dragons?

Besides personally one character spontaneously growing wings is enough IMO.

I honestly hope they aren't a thing, and that Spike not having them is either because they only grow during teenage years, or because he's somehow unique. Most likely due to how he was hatched.
Posted 4 years ago Report
Link Quote Reply
anonymous_user_08sept20
@Beau Skunky

@Background Pony #0600
Every existing character will be shipped. I myself despise Sparity and Rarity herself.

"Despise me?"
This image is blocked by your current filter - click here to display it anyway

Cute wittle skunku
@FlonnesIkramant
With magic any character probably could technically, Spike wouldn't be a special case in that regard. It wouldn't be the same as suddenly naturally growing wings.

@PonyPon
Earth dragons could still be rare, though I chalk it up to the show writers & artists not giving much attention to that detail.