Silver Lining watches the sea, lost in the rhythmic percussion of waves on sand. His eyes are steady to the horizon, face lit up with the last orange rays before twilight beckons the stars. Yet, he felt no peace. Tightly, the elderly stallion held his mourning wife, who had finally succumbed to her hours of weeping and fell asleep due to exhaustion. What had started off as another beautiful morning full of potential and possibility took a twisted turn of fate.
After witnessing Bubble Lee slip off the cliffs edge and fall in the ocean, Walnut did what any child could do in that situation and went to go find help. It only took a matter of time until the guards that were originally there on a changeling-hunt changed their sights and searched the beaches looking for the little filly. Kiwi begged and pleaded with her seapony companions to aid in the search, while Silver recruited his fellow fisher ponies to set sails out in the Lunar Sea in all directions the current may have taken her. But as more time went on and the sun started setting, it seemed like it was all for a lost cause.

Until.. Silver lifted his head at the sound of shouting and rushing hooves coming from the distance. One of the guards seem to have found something. The old stallion knew better then to get his hopes up but he nonetheless watched anxiously as medics rushed over to the area. Stirred awake by the commotion, Kiwi lifted her head, rubbing the sleep and dried tears from her eyes. "Silvy… what is it..?" as she looked up at her mate and then followed where his eyes were so impatiently staring. Her eyes go wide as she scrambled to her hooves and pushed through the rowdy group to see a royal guard kneeling, holding a tiny filly in sleeping in his arms.

Bubble Lee had been found. The guard goes to explain that he found her sleeping on the beach, almost perfectly unscathed. Overjoyed Kiwi and Silver scoped their tiny daughter in their arms and held her tight, weeping and overflowing with parental love. After taking Bubble to the hospital to check for further injury, Bubble Lee was diagnosed with Retrograde amnesia, having losing the ability to retrieve past memories, either caused by the trauma of the fall. The doctors reassured Kiwi and Silver that even if Bubble's memories never do return, she can still live out a healthy, full life..

Or at least, that was what "Bubble Lee" lead everyone to believe.

After Vespa left her on the beach, Imago had to work quickly. She only had the love she collected from Willow two days prior and her time were running thin if she was save Bubble Lee. She had no power to resist a direct order from her superior officer, but maybe she can bend the rules a little, just this once.

Deep within the forest of this seemingly uninhabited island, Imago had found a small cave where she weaved together a small cocoon, just large enough for the young filly. Despite not being able to hold a pulse on her own, the cocoon worked like a live support system and preserved Bubble Lee as the magic healed her wounds and put her into an induced comatose state. Unfortunately, Imago was the only one keeping this cocoon powered, so she needed to collect more Love. As much as she hated to admit it, using Bubble's form seems to be effective way to do exactly that.

"It's only until Bubble heals," she keeps telling herself. Soon Bubble will wake up again and Imago will switch them back, after of course wiping all of Bubble Lee's memories. This was never meant to be for forever…

Bubble Lee had just finished packing the last of her bags. Tomorrow she boards a train for Ponyville to go attend her last semester at college. She felt a sense of nostalgia as she looks out her window at the ocean, recalling the last few months she had on the island. Meeting Mako and spending time with him was some of the happiest moments she had in a long long time. For once she felt truly loved.. Bubble turned her attention to the mirror and pushed the hair from her eyes, touching the wooden pendant on her chest.

"But of course. Why wouldn't he love 'me'.. This form was created purely for the purpose to be loved and admired.." as she let out a bereft sigh. It was true, at first Imago used the orca pony willingness to give love.. but after spending time with Mako, she felt herself get attached to the lovable, playful stallion. Even now, even though he was only gone for a few days, she feel that yearning to be by his side…. Perhaps him leaving with the orca pod was a sign that she should have learned her lesson from becoming attached to ponies. It never ended well for her in the past…

Fifteen years have passed since Imago had taken on Bubble's form. Many things have changed but she did her best to keep true to the bubbly, fun-loving filly's true nature as tribute to her. Up until this summer, the real Bubble Lee lied within a cocoon deep within the very same sea caves that the filly had brought Imago too all those years ago. Even though her external wounds have healed, she never woke up. Bewildered by this, Imago decided to pursue a degree in medicine, in hopes to find other cures or remedies. But the longer she studies and learned more about the world of medicine and how the brain worked, the more she realized that the real Bubble Lee was not in a persistent vegetative state, like she had grown to believe… but was brain dead.

Bubble Lee was never going to wake up.

It pained Imago, when she came to this realization, causing her to fall into a deep depression. Her grades fell and she felt like everything she had done up to this point was for nothing. After receiving word that she would not be graduating with her class, Imago came to the decision that it was time for her to leave this life behind her. One last time she would go back to the island she had called "home" for the last 15 years, and finally put Bubble Lee to rest.

It was one of the most painful moments of her life to say goodbye to her first friend, but she knew that this was the right thing to do. After the deed was done, and Bubble's ashes were scattered into the ocean, Imago began making preparations for her departure. To dissuade any suspicion, Imago would continue to play her part as "Bubble Lee" and go and finish her degree. After graduating, she will move far away from Capricorn Reef and fake her death, allowing Imago to move on and start a new life.

But Life has a way of… complicating things. This time happened to be in the form of an orca pony being dropped into her lap.

————————————
takes a deep breath …. I finished it XD after 2 and a half years in the making, I finally got Imago's and Bubble Lee's backstory out! I had planned for this to be the end result when I first made my Ask Blog on Tumblr.

Big thanks to TheEcchiQueen for proofreading, and Blackblood-Queen for bouncing ideas off with me XD

Forest of Sin
@LanceOmikron
There's a reason I want those tags to be separated again. There are times when it's appropriate, but not every image of one needs the other.
Posted 3 years ago Report
Link Quote Reply

Because COLORING!!
@Meanlucario
Yeah that part makes it more difficult than necessary to search for one form or the other instead of both. Doesn't even have anything to do with whether one likes the reveal or not, it's just cumbersome for image searching.
Posted 3 years ago Report
Edited 3 years ago
Link Quote Reply

Forest of Sin
@LanceOmikron
Doesn't help that the tags are now always linked. Wish that wasn't the case when it's not needed.
Posted 3 years ago Report
Link Quote Reply

Because COLORING!!
I admit, I'm not really a fan of this reveal. It's hard to explain why, but Bubble essentially being fake this whole time feels like it reduces the character.

Don't get me wrong, it's not like I'm going to unfollow and downvote because of this. That would be stupid. The artist is free to do what she wants with the characters, and her art is still completely beautiful. I just think I'm going to quietly ignore this one particular detail. 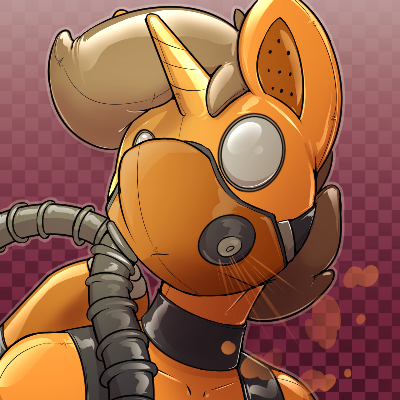 Epona Fan
I love changelings and Imago taking on the role of Bubble was probably in her nature to do so. It's sad, but what Imago is trying to do goes beyond everything. She's attempting to make sure that we don't get any more ponies in Bubble's situation. Brain Dead… ;A; so lovely. Kudos!
Posted 3 years ago Report
Link Quote Reply
Background Pony #D1FA
To be honest, this feels like such a downer considering where this story was going or could have gone. Her being a changeling kind of feels like the character of Bubble Lee is ruined now since both her and Imago are basically the same person/pony. Not to mention that now this story falls under the overused and dumb cliche that "Oh it was a changeling all along who was that person/pony." Because that seems to happen a lot in stories involving changelings. And I don't know if it makes it worse or better that this was the plan since the start.

These characters were better just being themselves, Bubble Lee's background was amazing and didn't need the excuse that she died and was replaced by a changeling as a child. And Imago could've been a better character without having to hop on another character's history and popularity. I just feel like maybe this wasn't the right call.

Looking For My Doctor
@Background Pony #B072
It's ok to not agree with, or to not like, what an artist does with their characters or story, but please keep your comments constructive, and avoid hyperbole. None of you have been personally insulted by the artist's decisions — if you feel personally insulted, that is your choice.

2LDR: The middle finger in your face is your own.